Haryana’s proposed move to reserve 75% of jobs for locals with salaries of up to Rs. 50,000 a month could lead to an exodus of technology and back office companies from the state, according to top industry executive who said the regulation is also inconsistent with the Union government and the IT sector’s push towards a future model of work from anywhere.

Industry executives are of the view that it is the IT and ITes industry that will be the worst affected by the Haryana government’s stance on reservation as close to 70% of its workforce has less than five years of work experience. While nearly half of all employees earn less than Rs.50,000 per month.

Gurugram, one of Haryana’s largest cities and home to one of the country’s largest concentration of engineers after Bengaluru and Hyderabad, houses critical operations for both global and local technology giants such as Google, Microsoft, Tata Consultancy Services, Infosys and Genpact. “The industry hires people based on merit and not their address. The industry is at a loss to understand the local job reservation mandate,” said an official at industry lobby Nasscom. With better than expected second-quarter numbers, economy could spring a positive surprise. 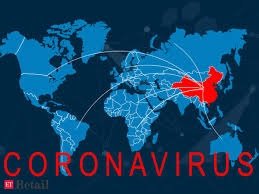