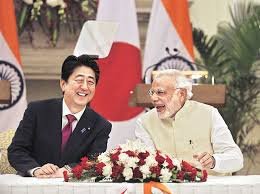 Keen to have India back in the Regional Comprehensive Economic Partnership (RCEP), Japan has reached out to New Delhi to help address its concerns including those on trade deficit.

Tokyo’s eagerness to include India stems from the fact that it fears China setting the terms of the pact and also reap the benefits from easier origin rules that would allow it to sell goods coming from China to other RCEP countries at low duties, officials said.

The development comes in the wake of India opting out of the RCEP earlier this month after negotiating the pact with 15 other Asia-Pacific countries for seven years.

“Japan has asked how they can help in resolving our issues so that India can rejoin the grouping,” said an official in the know.

India withdrew from the agreement due to lack of reciprocity on its key demands on services market access, safeguards for import surge and circumvention of origin rules because of tariff differentials. New Delhi was also not satisfied with the proposals to counter its burgeoning trade deficit with China, which was feared to rise after the pact came into effect. “They know RCEP would be a low ambition agreement if India is in it otherwise China will dictate the terms,” the official said.

Moreover, Japan seeks to benefit the most from regional cumulation because it will be able to export. Regional cumulation means the origin doesn’t matter as long as the product originates from an RCEP member country. “China, South Korea and Japan are the biggest users of regional cumulation. India will not be able to counter these even with non-tariff barriers because it is a small user of such measures,” said an expert on trade issues. As per another expert, Japan is likely to gain more from the RCEP than its free trade agreement with India and, hence, is making efforts to get India back. “There were many times during the RCEP negotiations when Japan did not support India and instead upped its demands. It is surprising that it should try to get us back now,” said the second expert.

The issue is likely to come up at the inaugural 2+2 ministerial dialogue between India and Japan later this week. RACISM IN FASHION : ITS HIGH TIME TO WAKE UP Nemital for footwear made out of scrap tyres