ITAMMA join hands with PCRA by signing MoU for bringing in Conservation of Energy, Oil & Natural Resources in the Textile Industry. We have seen the trend of industry development from Automation, Smart Manufacturing, Industry 4.0, Digitalisation and today Responsible Manufacturing. Realising the importance of Going Green for sustainability ITAMMA has also taken
various initiatives through its cluster development activities further bringing out the print magazine ITAMMA VOICE specially on the above aspects as a ‘theme’ of the publication. The time has come for everyone to contribute in the Conservation of Energy, Oil and Natural Resources to save the Mother Earth in future. ITAMMA has taken a serious note of these aspects on its Agenda of mission. At the same time, Petroleum Conservation Research Association (PCRA) is also actively involved in bringing out conservation of these aspects in the industry through its various schemes.
Accordingly ITAMMA has decided to take this Mission forward jointly with PCRA. To sustain this partnership for the benefit of our members and the textile industry as whole, ITAMMA signed an MoU with PCRA on 26th July, 2019 during a Seminar on “PCRA assistance for the Development of Textile Machines/Components/Processes leading to Conservation of Energy, Oil & Natural Resources” at AMA, Ahmedabad. The MoU was signed by Mr. Chandresh H. Shah, Vice-President, ITAMMA and Mr. Rahul Kishore, Additional Director, PCRA. As per MoU, ITAMMA members will provided training and
energy audits by PCRA at nominal charges. Also awareness programmes on above aspects will be organised by PCRA for ITAMMA members at Coimbatore, Mumbai, and Panipat Textile Clusters.

About the Seminar –
Mr. Chandresh H. Shah, Vice-President, ITAMMA welcomed all the delegates informing about the importance of Energy and Oil in the operational cost of the manufacturing process. He further added that apart from importance of these aspects in the business equations everyone should also look at them from the Environmental issues.

Mr. N.D. Mhatre, Director General (Tech) delivered presentation on “Latest developments observed in Textile Machines at ITMA’2019- related to conservation of Lubricants and Energy” giving details of those innovations observed at ITMA’2019
which were related to the conservation of oil & energy and also focussed on the possibility of their adoption indigenously. Mr. Nimish Sanghvi, Chairman, Global Competitiveness Sub-Committee, delivered the Vote of Thanks where he mentioned about Mr. Prashant Gandhi, Member, Global Competitiveness Sub-Committee who initiated this activity and thanked PCRA
and its team for organizing this very useful Seminar.
It was finalised during the Seminar to implement “Energy Audits” by PCRA and “LED Light” projects by enlec solutions under cluster initiatives on war foot basis. “Health is Wealth” — ITAMMA’s mission for its members with the help of EDI under CSR project of YES BANK The policies for better health, poverty reduction, and less inequality, throughout the world, require thorough understanding of both the processes and causal paths that underlie the intricate relationship between health and wealth (income). This is deemed difficult, contingent, and only partially understood. A vast majority of researchers instead present theoretical and empirical arguments of the reverse proposition, i.e. ‘wealth is health’. Until now, ITAMMA has organised various technological and business activities for its members. Programmes like 5S, Lean,
Yellow Belt training, Design Clinics were organised to strengthen the technological set up of their factories and the man force. While activities like Catalogue Shows, B2B Meets, Delegation have strengthened the member’s business exploring capacities. During this journey of development of members, it was realised the importance of the healthy shop floor man powers, viz. workers who carry the lions share in bringing the success to the projects undertaken by the Employers. Accordingly the mission of “Health Camps” was taken in the Agenda. The series of such “Health Camps” are benchmarked for different clusters at Ahmedabad, Vadodara, Maharashtra, Gwalior, etc. which was initiated by the one organised at Ahmedabad on 27th July, 2019 at following 2 factories, (i) M/s. Krsna Engimech (P) Ltd., B-4, GIDC, Phase-II, Naroda, Ahmedabad; where Mr. Chandresh H. Shah, Vice-President, ITAMMA & Managing Director, extended all the in-house facilities; (ii) M/s. MBK Textile Engineers Pvt. Ltd., 426, GIDC, Opp. Telephone Exchange, Odhav, Ahmedabad where Mr. Manan Shah, Managing Director extended all the in-house facilities; and where about 126 workers took advantage of this activity absolutely free of cost. About 6 medical tests were conducted and the Reports were informed to the workers and the ITAMMA Member-Employer also. The factory management took the note of the abnormal medical results and extended their help to the worker in further treatment to attend the same.
The Health Camps were organised jointly with the Entrepreneur Development Institute (EDI) under the sponsored CSR project of YES BANK. 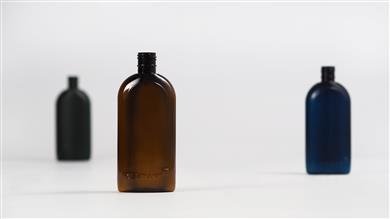