Kenyans spend 2.5 percent of total private consumption on clothes which is equivalent to 197.5 billion shillings. This is equivalent to an average of 4,150 shillings per person spent on all purchases of clothing and footwear.

It is important to note that the textile industry and used mitumba industry are separate markets as they deal with different products and income segments. From markets theory, markets establish the prices of goods through supply and demand.

The supply and demand for new purchases from the textile industry differ from used clothes. That’s why there is a big price differential between the two products, with the used clothes being considered cheaper.

Given the second-hand clothes, industry and formal textile industry are separate markets then players in those markets are not necessarily competing with each other.

Analysis at the household level shows the majority of households buy new clothes, such as uniforms when they have no alternative. Kenyans have not abandoned buying new clothes, especially during such months as of December.

The total private consumption in the Kenyan economy is 7.9 trillion shillings according to the Kenya National Bureau of Statistics.

Kenyans spend 2.5 percent of total private consumption on clothes which is equivalent to 197.5 billion shillings. This is equivalent to an average of 4,150 shillings per person spent on all purchases of clothing and footwear (both new and second-hand purchases).

When a sector is doing better than another, do you kill it so that the other can come up or you find out what is ailing the other sector? It is not that Kenyans hate new clothes from Kenya. The purchase of new clothes is still high too and the competition between the two sectors is high.

In 2019 alone, the country imported 185,000 tonnes of mitumba clothes. The importation was an equivalent of 8,000 containers. During the same year, the Mitumba industry contributed 1 billion shillings to the economy per month, 12 billion shillings in one year. ITEMA EXHIBITS THE ITEMATECH WEAVNG SOLUTIONS AT TECHTEXTIL IN FRANKFURT Countdown Has Started for International KTM 2020 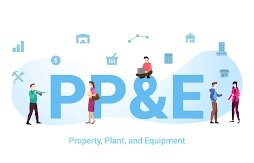