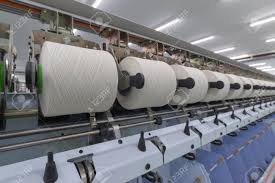 Irish textile firm Union Street (Lurgan) will open a yarn-spinning factory in India to reduce its exposure to price volatility in China, according to the company’s recently published annual accounts, which reveal another year of double-digit sales growth. The company is involved in weaving, dyeing and finishing of linen and linen cotton fabrics.

It is also feeling the pinch from price fluctuations in Asia, according to a report in an Irish newspaper.

In a strategic report accompanying its financials, the directors confirmed Union Street was in the process of establishing a new factory in India.

“It is anticipated we will be in a position to spin half of our yarn requirements by April 2020, thereby reducing our exposure to Chinese yarn manufacturers, who increased prices substantially in the early part of 2018,” the directors said.

“It is the board’s expectation to increase the group’s production capacity at its spinning factory in order to produce all of its yarn requirements by the end of the financial year April 2021,” they wrote.

Union Street, which sells more than 90 per cent of its wares outside either the United Kingdom or Europe to major worldwide conglomerates, saw its profit after tax almost halve from £813,765 to £420,333.

But over the year its staff numbers increased from 653 to 683, most of them operating at factories in India.

Meanwhile subsidiary company WFB Baird, which was also once based in Lurgan and specialised in the fine end of the linen trade (cambrics, sheers, corded linen handkerchiefs etc), saw its turnover rise by nearly a third over the year from £7.9 million to £10.2 million, while it also saw a 10 per cent uplift in operating profit from £1,973,000 to £2,176,000. 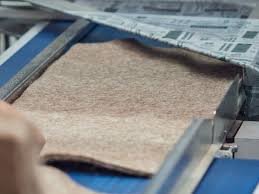