Integrated Transportation system, agricultural diversification are the need of hour

According to the Union Minister Nitin Gadkari, an Integrated Approach to the transportation system and agri-diversification into energy and power and development of industrial clusters outside the metro cities are needed to boost the Indian economy. Nitin Gadkari considers the Public-Private Partnership (PPP) project to be important for transport-related or agriculture for sustainable development of rural and tribal areas.

He said that during the current coronavirus-induced economic crisis, there is a need for projects on PPP to boost the economy and urged industry players to come forward in this direction, be it a bus port or godowns or industrial facilities.
At the same time, he said that given the overpopulation of metropolises, it is time to focus on the development of rural and tribal areas and shifting or setting up industrial clusters there to generate employment and decongest cities like Mumbai, Delhi, Bengaluru, and Pune.

He said the priority of the government is to develop indigenous, low-carbon, sustainable, economically viable, pollution-free, and cost-effective transportation systems, which also provides comfort to the poor people of the country.
The minister said the industry should look at public-private partnerships and adopt an integrated approach for developing new models of transportation.

“There is a need to decongest metro cities and to create industrial clusters and smart cities,” he said adding that while the National Highways Authority of India (NHAI) is acquiring land along highways, there is enough scope of setting up industrial clusters. 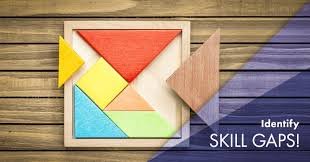