Input Tax Credit without Invoice Capped at 20% to Up GST Revenue. 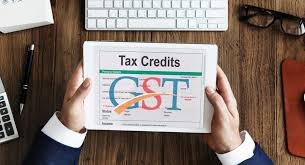 Keen to plug revenue leakages, the government has decided to restrict input tax credit under the goods and services tax to 20% of the eligible amount for an entity if its supplier has not uploaded relevant invoices detailing the payments made.

There was no such restriction until now – input tax credit was claimed by taxpayers on the basis of self-assessment. The move is likely to lead to create cashflow issues for companies, which would face a higher burden until the full input tax credit can be claimed.

These invoices or debit notes have to be uploaded by the suppliers in Form GSTR-1– the return for outward supplies. Earlier, such credit could be claimed without any restrictions based only on the invoice copy after satisfying other conditions laid down under Section 16 of the CGST Act. The new rule came into effect on October 9.

As a result of this new restriction, regular matching of input tax credit with details available in Form GSTR-2A will become necessary for taxpayers before claiming input tax credit in monthly GST return. This was proposed to be introduced with the new GST return framework, but it seems that the government decided to implement it immediately to tackle fraudulent credit claims.

Tax experts said this would lead to negative tax flows. “This is a big change as the same would necessitate undertaking monthly reconciliations and following up with vendors on real time basis. Also, the restriction may result in negative cashflow impact,” said Harpreet Singh, a partner at KPMG India.

However, others pointed out that in view of several fraudulent credit claims, the move may be justified.