Five industrial estates and more than half a dozen smaller cluster projects are in various stages of development in Coimbatore, according to official sources.

Apart from two industrial estates that CODISSIA is developing and one more that is developed by COSIEMA (Coimbatore SIDCO Industrial Estate Manufacturers Welfare Association), the Arignar Anna Co-operative Industrial Park, and a Tea Park are also coming up. The Arignar Anna Park will be developed on 316 acres, with common infrastructure constructed at a total cost of ₹24.61 crore. The State government will provide ₹10 crore as grant through SIDCO and the members of the cooperative (565) will contribute ₹14 crore, said an official of the District Industries Centre (DIC) here. The Tea Park on 13.45 acres at Sirumugai is almost complete.

One more coir cluster to make value added coir products will be commissioned by the end of this year. A warehouse for coir units, one more coir cluster to produce value added products such as geo textiles and one for the pumpset units in Coimbatore are in conceptual stage, the official added. District Collector G.S. Sameeran held a meeting recently with the stakeholders of the project. “The focus now is on infrastructure development for Micro, Small and Medium-scale Enterprises. There are several projects that are going on. Though we have the single window clearance facility, by having regular meetings it will be easier for the district administration to monitor the progress of these projects and ensure that the MSMEs get the benefits on time,” the DIC official added. Clariant completes the sale of its Healthcare Packaging business 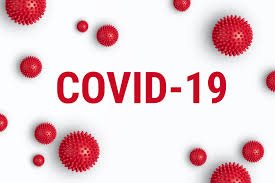