The Confederation of Indian Industry (CII) on Friday said the effect of a drawn out lockdown on the economy is extreme and requested an upgrade bundle of Rs 15 lakh crore, generously reconsidering its prior evaluations of Rs 4.5 lakh crore.

CII president Vikram Kirloskar said the negative impact on the economy is expected to be even more significant than what the industry had previously anticipated, and that it needs to be offset by a large fiscal stimulus.

“CII recommends the government to announce an immediate stimulus package of at Rs 15 lakh crore, which translates into 7.5% of GDP (gross domestic product),” he said. By the time the third phase of the lockdown ends, the economy would have lost almost two months of output, he added. India is under a lockdown situation to contain spread of Covid-19 since March 25. The lockdown is scheduled to end on May 17.

Associated Chambers of Commerce and Industry of India (Assocham) president Niranjan Hiranandani stressed on an urgent need for a stimulus package. “NITI Aayog has proposed a Rs 10 lakh crore stimulus package and we suggested a package for Rs 14 lakh crore,” he said.

While industry bodies endorsed the government’s initial response under the Prime Minister Garib Kalyan Yojana (PMGKY), they are unanimous about a large stimulus package to save both lives and livelihood. The government on March 26 announced a Rs 1.7 lakh crore package under PMGKY, about 0.8% of GDP. The welfare package was aimed at providing immediate relief to the poor by providing them three-month ration and cooking gas for free and direct cash transfer to underprivileged women, elderly people and disabled people. Since then, there have been reports of a soon-to-be-announced fiscal package for industry, but none has been.

An immediate substantive stimulus is required from the government for both the poor and the industry, especially micro, small and medium enterprises (MSMEs), CII said.

“Clearly, time is running out for a fiscal stimulus package to rescue the economy. Delayed fiscal relief for enterprises reeling under the lockdown will make it harder for them to recover,” CII director general Chandrajit Banerjee said.

It proposed direct cash transfers of Rs 2 lakh crore to the poor having bank accounts linked through the JAM trinity (Jan-Dhan, Aadhaar and mobile) in addition to the Rs 1.7 lakh PMGKY package.

It should be ensured that the migrant labourers are kept within the purview of the proposed cash transfers, Banerjee said.

To support about 63 million MSMEs, CII suggested a credit protection scheme where 60-70% of the loan should be guaranteed by the government. In other words, if the borrower defaults, the government should repay the bank up to the amount it has guaranteed, so the risk to the lender is limited.

The industry body proposed creation of a fund with a corpus of Rs 1.4-1.6 lakh crore that will subscribe to non-convertible debentures or bonds of corporates rated A and above.

“The fund can be seeded by the government contributing a corpus of Rs 10,000-20,000 crore, with further investments from banks and financial institutions. This will provide adequate liquidity to industry, particularly stressed sectors such as aviation, tourism and hospitality,” it said.

It stressed on enhanced public expenditure infrastructure to boost demand in the economy with an allocation of Rs 4 lakh crore.

“The work should be initiated with the involvement of state governments, so that implementation bottlenecks can be overcome. Specifically, the spending can begin with the completion of projects that have already begun, such as roads which are stalled after 80% of the job is complete,” it said.

CII also suggested an allocation of Rs 2 lakh crore to bail out state-run electricity distribution companies that have been accumulating losses and burdening the state exchequer.

It demanded an allocation of Rs 2 lakh crore for bank recapitalisation is required to keep the financial sector robust so that they can meet the credit needs of the industry. “This will help public sector banks manage any surge in their NPAs (non-performing assets).”

In addition, CII suggested Rs 4 lakh crore support from the subscription of government paper by the Reserve Bank of India (RBI), given the fact that inflationary pressures remain muted in view of depressed demand conditions.

“A lower amount of Rs 2 lakh crore can be borrowed by the government from the secondary market, so that bond yields remain moderate. Further, substantial reduction in expenditure of around Rs 4 lakh crore is possible by reducing some of the discretionary expenditure such as centrally sponsored schemes. These are some of the avenues that would finance the package,” it said. 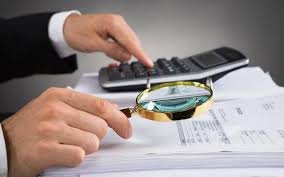 Hand Made in India’ project to turn artisans into entrepreneurs.

LANXESS makes a confident start to fiscal year 2021: Earnings expected to be between EUR 900 million and EUR 1 billion