Industries are being forced to close due to a yarn shortage

Textile exporters say that exports have plummeted and that mass layoffs are imminent.
Textile exporters have expressed concern that the worsening cotton yarn shortage has resulted in a sharp drop in exports, putting factories on the verge of closure and raising fears of mass layoffs.
“The government has closed its eyes on the hoarding of cotton yarn and cartelization, which can be dealt with as per law under the Price Control and Prevention of Profiteering and Hoarding Act 1977 and the Competition Act of Pakistan 2010,” Pakistan Apparel Forum Chairman Jawed Bilwani said at a joint press conference of various textile associations.
The entire country was outraged by the sugar scandal, but Bilwani found the silence on the cotton yarn crisis in the value-added textile industry, which exports products worth Rs1,980 billion, incomprehensible.
Pakistan Hosiery Manufacturers and Exporters Association Chairman South Zone Tariq Munir echoed Bilwani’s sentiments, saying that it appeared that the government had granted the spinning mills and yarn traders full freedom to establish monopolies and hoard yarn.
“The Price Control and Prevention of Profiteering and Hoarding Act of 1977 is self-explanatory, and it also applies to yarn by recommending legal actions.
“Cotton and cotton yarn prices have decreased internationally, but cotton yarn prices in Pakistan are exorbitantly high,” said Shaikh Shafiq, Chief Coordinator of the Pakistan Readymade Garments Manufacturers and Exporters Association.
Bilwani went on to say that it seemed that some government officials were working against Prime Minister Imran Khan’s policies in order to stifle exports and reduce foreign exchange earnings.
“Textile exporters have been urging the government to allow duty-free import of cotton yarn for several months, which has also appeared in the media,” Munir said.
Abdul Razak Dawood, the Prime Minister’s Adviser on Commerce and Investment, said that although regulatory duties were abolished, customs duties were not eliminated due to opposition from some cabinet members.
Textile exporters were not given a complete solution, and they again appealed to the government to allow the import of cotton yarn from neighbouring India via the land route due to traffic congestion on the sea route.
The proposal by the Economic Coordination Committee to allow the import of cotton yarn from India compelled local spinners and cotton yarn traders to lower yarn prices, he said, but the cabinet deferred action on the proposal.
Teijin Plans to Mass Produce Recycled Polyester Nanofiber Filament 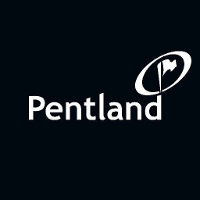