According to the former’s industry ministry, Indonesia and China recently inked a memorandum of understanding (MoU) to conduct a feasibility assessment for a $560 million coal-to-methanol project. Industry Minister Agus Gumiwang Kartasasmita, as well as executives from PT Powerindo Cipta Energy (PT PCE) and China National Chemical Engineering Corporation, were represented at the signing ceremony in Jakarta (CNCEC). “The collaboration to construct a coal-to-methanol facility is critical for the manufacturing sector. The Industrial Ministry is grateful to enterprises that have the courage to start coal gasification initiatives and assist this pioneering industrial investment program “According to a ministry press release, Kartasasmita said. The facility is slated to be constructed in the Aceh province’s Meulaboh city. With a $560 million investment, it will convert 1.1 million tonnes of coal into 600,000 tonnes of methanol yearly. “This project will employ 600 to 700 people. According to the plan, the project would begin building in mid-2022 “said the minister. 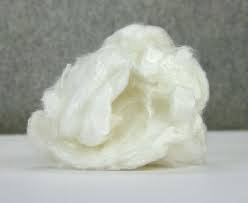