The IHS Markit India Services Business Activity Index rose to 53.8 in July from 49.6 in June, pointed to the quickest increase in output in one year.

New Delhi: The country’s services sector activity in July returned to growth territory driven by new business orders that rose at fastest pace since October 2016, following which job creation picked up, a monthly survey showed on Monday. The IHS Markit India Services Business Activity Index rose to 53.8 in July from 49.6 in June, pointed to the quickest increase in output in one year. In PMI parlance, a print above 50 means expansion, while a score below that denotes contraction. “PMI data indicated that the strongest upturn in new work for nearly three years led to a rebound in business activity,” said Pollyanna de Lima, Principal Economist at IHS Markit.

Survey respondents linked the upturn in business activity to a promising government budget, strengthening demand and new client wins. New businesses have been secured from the public and private sectors, as well as domestic and international markets, they said, adding that new export work rose for the fifth straight month in July. “These favourable results from the service sector were accompanied by improved momentum among goods producers, which combined showed the sharpest rise in output for eight months,” Lima said. Meanwhile, the IHS Markit India Composite PMI Output Index, that maps both the manufacturing and services industry, touched an eight-month high of 53.9 in July from 50.8 in June, as aggregate new orders rose to the greatest extent since last November. Moreover, job creation picked up to the strongest since early-2011 in response to strengthening demand conditions and upbeat predictions for the economic outlook.

“India’s labour market continues to go from strength-to-strength, with the pace of service sector job creation, the highest in over eight years. Ongoing expansions in the employment base should support household spending and consumer confidence in the near-term,” Lima said. The survey further noted that the July data indicated an improvement in business optimism across the service economy and companies expect advertising efforts and strengthening market conditions to support growth in the coming 12-month period. Experts believe that the Reserve Bank of India (RBI) will continue with its dovish stance in the policy review meet that kicked off on Monday to boost slowing economic growth. In the June review, RBI had cut key lending rates by 0.25 per cent for the third time this year to spur economic growth. 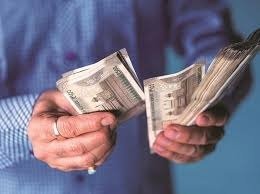 GST rate cuts: The complete list of what all becomes cheap and what not.