India’s GDP expected to contract by 9% in FY21: CRISIL CRISIL recently sharply lowered its forecast for India’s gross domestic product (GDP) growth for this fiscal to minus 9 per cent compared to minus 5 per cent projected in May. This cut follows a sharp contraction in the Indian economy during the April-June quarter, when the GDP plunged to minus 23.9 per cent on a year-on-year (YoY) basis.

CRISIL expects GDP to contract by 12 per cent YoY in the second quarter of this fiscal. In the medium term, it estimates a permanent loss of 13 per cent of real GDP, which in nominal terms amounts to ₹30 lakh crore. This is much higher than a 3 per cent permanent hit to GDP in Asia-Pacific economies (excluding China and India) over the medium run estimated by S&P Global on June 1.

“Catch-up with the pre-pandemic trend value of real GDP would require average real GDP growth to surge to 13 per cent annually for the next three fiscals – a feat never before accomplished by India,” CRISIL said.

Going ahead, the agency sees growth shooting to 10 per cent in fiscal 2021-2022 on the back of a very weak base and some benefit from the rising-global-tide-lifting-all-boats effect. Beyond that, it expects growth averaging around 6.2 per cent annually over the next three fiscals till 2024-2025.

The rating agency has raised concerns over rapid rise in coronavirus cases, saying that future outlook remains tilted to the downside till such time a vaccine is found and mass produced. 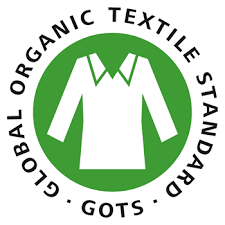