India’s trade deficit widened to a record in June this year, following costly imports of coal and petroleum, though exports showed a very healthy growth amid global uncertainties, according to official data.

While widening trade deficit may add further pressure on the rupee, which hit a lifetime low on July 14, the easing of global commodity and fuel prices is expected to help in the coming months.Exports touched the US$40 billion-mark for the third time in 2022 and the second time in the current fiscal year despite high inflation and fears of a recession in key markets including the US and the EU.India’s merchandise exports grew 23.5% year-on-year in June to touch US$40.13 billion, while imports grew 57.5% to a record US$66.31 billion, leaving the highest a whopping trade deficit of US$26.18 billion. whopping

The deficit is 172% higher than US$9.6 billion in June last year. The previous highest trade deficit of US$24.29 billion was in May, and the June figure marks a 65% increase. Imports of two commodities were largely responsible for this jump: the value of petroleum, crude and petroleum products was up 11.5% sequentially while coal was up by as much as 25.1%.The trade deficit is expected to remain high through 2022-23 even as global commodity prices have begun softening, and a slowdown in exports is expected as a result of dull demand in key economies.

The data comes after the Union government’s recent hike the import duty on gold in an attempt to control in the widening current account deficit and stem the rupee’s record decline against the dollar. It also imposed export tariffs on petrol, diesel, and air turbine fuel besides announcing windfall taxes on crude production to improve domestic supplies and cut the need for imports. The Centre has slapped a cess or windfall tax of Rs. 23,250 per tonne on crude oil production and a special additional excise duty of Rs. 6, Rs.13, and Rs.6 per litre on the export of petrol, diesel and ATF, respectively, from 1 July.These measures are expected to help release some pressure on the trade deficit.

The rupee touched a lifetime low 79.9 against the dollar on July 14. In another measure to strengthen the rupee and promote exports, the RBI on July 11 introduced a rupee settlement system for international trade, under which invoicing, payment and settlement of exports and imports to all countries, if approved, can be in rupees.Brent crude oil price, fell below US$100 on July 14, down from US$111 per barrel at the beginning of July.Petroleum imports were 99.48% higher in value terms in June over the same month last year at US$21.3 billion. As for exports, electronic goods and ready-made garments recorded double-digit growth during the month at 60.7%, and 49.8%, respectively. Petroleum products exports grew 119% due to high international prices. 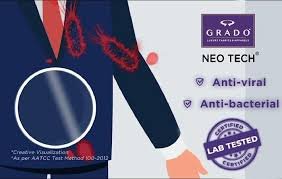