India’s current account will swing to a surplus of USD 30 billion or 1.2 per cent of GDP in FY21, due to slowdown in imports during the pandemic, a report said on Tuesday, making it clear that it will be a “temporary” phenomenon.

The crucial number, which is one of the key aspects gauged while determining a country’s macroeconomic position, will swing back to a deficit of USD 15 billion in the next financial year, it said.
The deficit stood at USD 24.6 billion or 0.9 per cent of GDP in FY20.

“With the domestic and global lockdowns to fight COVID-19 exuding a differentiated impact on exports, imports and remittances, we expect India to display a sharp current account surplus of USD 24 billion in H1 FY2021 (April-September),” rating agency Icra’s principal economist Aditi Nayar said.
A lagged pickup in domestic non-oil imports, as well as the potential fresh restrictions that may be warranted in some major trading partners to ward off rising COVID-19 infections, are likely to restrict India’s current account surplus to USD 6 billion in the second half of the fiscal year, she added.

On a net basis, the current account balance will swing into a sizable, albeit temporary, surplus of USD 30 billion or around 1.2 per cent of GDP in FY21, the agency said.
Merchandise exports contracted by 36.7 per cent to USD 51.3 billion in Q1 FY21 from USD 81.1 billion in Q1 FY20, but merchandise imports recorded a much sharper 52.4 per cent decline to USD 60.4 billion in the same period as against USD 127 billion a year ago on severely constrained demand conditions.

After experiencing a similar shock in April 2020 at the depths of the lockdown (-60.3 per cent and -58.6 per cent, respectively), merchandise exports and imports have displayed a varied recovery in the subsequent four months, the agency said.

“Icra expects merchandise imports to stage a relatively faster recovery in H2FY21, with the economy slowly grinding to a new normal, the stabilisation in commodity prices and relatively sticky demand for gold closer to the festive and marriage season. These are likely to weigh upon the size of the current account surplus in the second half of this fiscal,” Nayar said. Gucci Garden Archetypes Exhibition to be held in Shanghai 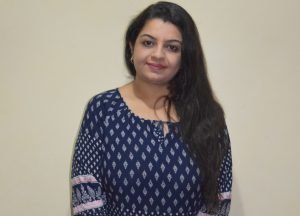