The Indian textile ministry recently opposed the final findings of the Directorate General of Trade Remedies (DGTR) recommending the imposition of anti-dumping duty (ADD) on nylon multifilament yarn. In a letter to the deputy secretary of the department of revenue, the textile ministry stated that nylon multifilament yarn is a key raw material for the power loom industry, including knitting and weaving.

There should not be any ADD imposed on the import of yarn from China, Korea, Taiwan and Thailand, the letter said.

Power loom weavers in Gujarat’s Surat, Maharashtra and other states have been opposing the DGTR’s recommendation of imposing ADD on the nylon multi-filament yarn.

Weavers have stated the quality of nylon yarn manufactured by the domestic yarn spinners was not up to the mark and the weavers are forced to import better quality yarn from other countries to reduce production loss and to supply quality fabrics in the domestic and international markets.

In February, the Gujarat textile commissioner’s office had written to the textile ministry stating that against the increase of 19 per cent in the import of nylon multi-filament yarn between 2015 to 2019, the production of yarn in the country had increased by almost 24 per cent during the same period, according to a report in a leading English-language daily.

However, there is no harm to the domestic industry and the demand for ADD is not justifiable.

Nylon fabrics are used in the parachute, technical textiles, garments and knitted garments. 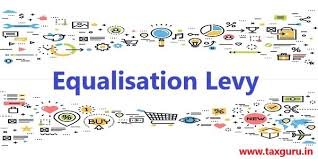 Learn the `Sutraa` of fashion