hri Sanjay K. Jain, Chairman, CITI stated that the Indian Textile Industry can play an important role in enhancing total merchandise trade among the RCEP member countries. However, for achieving this, Indian textile industry needs appropriate policy measures, which will also make it globally competitive. Mr Jain also opined that India has to be cautious in this proposed mega trade pact which is likely to be concluded by the end of 2019.

Mr Jain pointed out that Regional Comprehensive Economic Partnership (RCEP) is a gigantic regional bloc in size and scope as it contributes approximately 39% of the global GDP and is also home to almost three-and-half billion people. The huge population size makes this region a big market for the world trade, including textiles and clothing.

Mr. Jain further pointed out that India maintains a trade surplus in T&C Sector with all the RCEP member countries except China. He further said that India had a trade deficit of almost US$ 1 billion with China in T&C in the year 2018.

Mr. Jain also pointed out that the ongoing US-China trade war, on the one hand, presents an opportunity to the Indian textile manufacturers to enhance it exports to the USA, while the RCEP trade scenario reveals that India must tread cautiously, particularly with China, as half of India’s T&C trade in RCEP is with China, with which it had a big trade deficit of almost US$ 1 billion in 2018.

Mr Jain also commented that the ongoing US-China trade war cannot go unnoticed as China would be looking for new markets for its products. India needs to be over cautious while negotiating with China which is already re-routing its textiles into India through Bangladesh, Sri Lanka, etc.

Mr Jain concluded by saying that India’s Trade deficit with China in T&C Sector is likely to be widened once RCEP is concluded and could be detrimental for India’s domestic textile manufacturers. Hence, in order to reap the RCEP market, I call upon all the stakeholders of the Textiles and Clothing value chain to gear up quickly with their full potential and make the textile industry globally competitive! 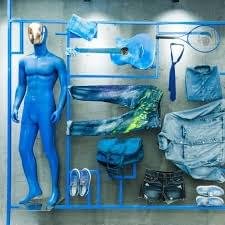 A global textile flagship: Intertextile Apparel ready to welcome the industry next week