Indian package more like those of European nations: Ind-Ra The likely fiscal impact of the ₹20.97-trillion economic package announced by the Indian government in terms of spending over and above the budgeted expenditure for fiscal 2020-21 would be only ₹2,145 billion, according to analysis by India Ratings and Research (Ind-Ra), which recently said this works out to be 1.1 per cent of the gross domestic product (GDP).

Much of the government support is in the form of credit guarantees or credit lines, having minimal impact on government finances, the rating agency said in a press release.

By choosing to do so, India’s economic package is more like the package of Brazil, Germany, France, Italy Japan, Korea, Spain and United Kingdom.

Several other countries such as Australia, Canada, China, Indonesia, Mexico, Russia, Saudi Arabia, South Africa, Turkey and United States however have chosen to focus more on spending and revenue measures, to address the fallout of COVID-19 pandemic, it noted.

Ind-Ra believes an appropriate demand-side measure is as important as supply-side measures. This is not to say that supply-side issues did not need government support. It indeed was needed especially to restore and augment the supply chain of the economy where micro, small and medium enterprises (MSMEs) play an important role, Ind-Ra said.

However, the near-absence of demand-side measure in the economic package will jeopardise recovery even in fiscals 2021-22 and 2022-23 and may even lead to a second round impact on the economy, which means even if the supply side gets restored on account of the various measures announced by the government and the Reserve Bank of India, it may soon run into difficulty due to the lack of adequate demand for goods and services, it said.

Salary cuts, job losses, reverse migration due to the lockdown have only added to the dwindling consumption demand, already reeling under the reduced income growth of households coupled with a fall in savings and higher leverage over the past few years.

The COVID-19 related lockdown and its impact on economy and livelihoods have only aggravated the sagging consumption demand, it added. 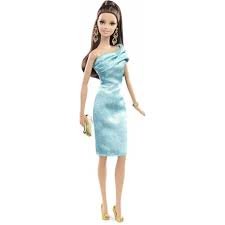 A conference covering markets, products, and technology for the filtration industry in Asia Inditex reduces its output by 17% in 2020 and, for the first time, withdraws from China