Higher in-home consumption due to increased stay-at-home period and a sharper focus on health and hygiene amid the pandemic are helping Indian home textile exporters weave their way out of the downturn faster than other textiles segments, according to rating agency CRISIL, a unit of US firm S&P Global.

Revenue de-growth for home textile exporters will be limited to 10-12 per cent this fiscal compared with 30-35 per cent for the overall textile sector, indicates a CRISIL analysis of 50 companies that account for over 60 per cent of India’s home textile exports.

Lower revenues would hurt operating margins. However, lower requirement of capacity addition and working capital will limit material moderation in the credit profiles of home textile exporters this fiscal, CRISIl said in a press release.

The ₹55,000 crore Indian home textile sector, comprising products like terry towels, bed sheets and spreads, pillow cases, curtains, and rugs and carpets, derives as much as 60-70 per cent of its revenue from exports.

The United States and the European Union account for over 80 per cent of these exports, with big-box retailers of essentials and departmental stores among the major customers.

“Export order flow has improved significantly beginning with the second quarter of current fiscal due to reopening of departmental stores and pent-up demand. With people spending more time at home, including for work, drastically lower socialising opportunities, and sharper focus on health and hygiene, demand for home textile products will continue to grow. Demand is expected to stay strong in the third quarter as well due to the festive season, when these retailers launch large-scale programmes,” says Anuj Sethi, senior director, CRISIL Ratings.

The improvement is borne out by a 7 per cent on-year sales growth in the fiscal second quarter for four large listed home textile exporters who had logged 40 per cent lower revenue on-year in the first quarter.

The lockdown had a limited impact on retailers of essentials as these operated through the pandemic. However, sales at departmental stores suffered heavily in the March-May period. Some retailers also underwent restructuring, leading to permanent store closures.

Additionally, manufacturing was affected due to plant shutdowns for 30-45 days. A weak first quarter will have a bearing on revenues for the full fiscal, which are expected to decline 10-12%.

Also, lower capacity utilisation and benign realisations in the first quarter will lead to suboptimal coverage of fixed costs despite cheaper cotton prices and favourable currency movement. This will lead to moderation in the operating margin of home textile exporters by 200 basis points to 12-13 per cent from around 15 per cent seen over the past two fiscals.

In the milieu, continued order flow from major export markets, improvement in domestic demand and the ability of players to manage liquidity amid the continuing pandemic will be key monitorables. 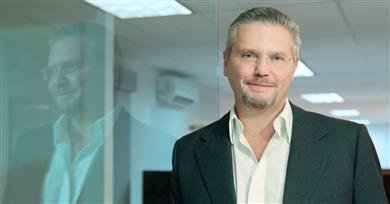