Last year in the summer, the government had imposed a 10 per cent import duty on raw cotton to support domestic production. But this summer, the tables have turned, and this very same helpful import duty has now been removed. The agrarian sector is in turmoil due to this turn of events and has adopted a wait and watch policy.

India is the largest producer of cotton among its peers—China, US and Brazil and produces about 6,188,000 tonnes of it per year. Due to the versatility of this lightweight fibre and its pliability, it fits into many diasporas, especially in the arena of textile and apparel making. Considering this, India also enjoys its position as one of the top cotton exporters in the world.

Over the years, particularly during the pandemic, the demand for cotton textiles has shot up, as have the sales of cotton textiles and cotton apparel. As that was what the consumers wanted during the WFH mode. Moreover, the growing demand from the domestic apparel industry continues to spur investments as well. According to Industry watcher India Ratings, the demand for cotton remained at an all-time high in the second half of FY21 and it improved from the second quarter of FY22 after a slight dip in the first quarter. Also, on the back of improved consumer spending, the demand momentum has sustained for home textiles in the domestic market.

So far, the picture was rosy. And everything appeared to be in order. Until the prices of raw cotton began to rise, which has led to all the visible cracks in the cotton community.

A simple explanation for any commodity price increase is demand pull inflation, which occurs when the demand exceeds the available supply. When there are fewer items available, consumers are willing to pay a higher price to obtain the item. As a result, prices rise. The same logic can be applied to the rise in raw cotton prices.

Like in most other industries, the pandemic has had a role to play here as well. Due to the stagnating production and plateaued demand for cotton textiles during the lockdowns, the entire supply chain was affected. Even the cotton plantations in India were affected, resulting in lower crop growth.

However, the reopening of the industries skyrocketed the demand for cotton. Consumption in 2021 grew faster than anticipated, which only added to the demand-supply gap. This led to a reduction in global cotton stocks and higher prices.

Cotton farming, on the other hand, is a high-risk activity. To begin with, the cotton crop requires attention because it is susceptible to attack by bollworms and pests. As a result, pesticide costs are relatively high. Cotton harvesting also necessitates manual labour, which increases spending. This entire process has become more expensive over time.

For instance, in Maharashtra which is known for one-third of India’s cotton production, there has been a massive increase in cultivation prices. According to the Commission for Agricultural Costs and Prices (CACP), the per hectare cultivation cost increased from Rs 14,234 in 2000-01 to Rs 84,743 in 2018-19.

Meanwhile, other cotton producing states like Gujarat saw an increase of Rs 75,186 from Rs 10,691 and Tamil Nadu saw an increase from Rs 28,149 to Rs 1,13,334. According to media reports, this is a 4 to 7 times increase. Due to the pandemic, the prices have further escalated as inflation is at its peak. That’s another reason for why the farmers have increased their prices. In addition to this, the cotton agrarian sector was already in the doldrums to begin with. Inclement weather played spoilsport for the farmers of this country in 2021, as rains in early October delayed the harvest. This resulted in lesser cotton crop, leading to a reduced opening stock for the new cotton season. Hence, there was a rise in prices.“Cotton cultivation in India is dependent on various factors viz, inputs quality at farmlands, per hectare production capabilities and the weather. However, the pricing is determined based on the fluctuations in the commodity markets while at the backend it is the overall production in India which is hampered by diseases and unfavourable weather conditions,”. 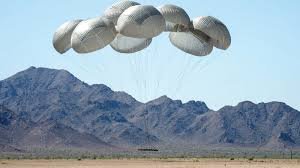