Indian cos optimistic about growth prospects next year: survey. Indian companies are optimistic about growth prospects next year despite geopolitical uncertainties and concerns about the economic slowdown, a new survey has revealed.

“96 per cent of companies in India are projecting growth in their businesses next year, markedly higher than global and Asian peers (79 per cent and 77 per cent respectively),” said HSBC’s latest ‘Navigator: Now, next and how’ report.

It revealed that over the next five years, half of the companies surveyed in India are expecting sales growth of 15 per cent or more.

“This optimism extends to export projections as well. Nearly 98 per cent of Indian firms with international operations expect international sales to grow over the next two years, considerably higher than global peers (81 per cent),” it noted.

The report also said that businesses are buoyant about the prospect of entering new markets, the availability of high-quality suppliers and plans to invest in technologies that will pave the way for new products and services.

More than four-fifths or 86 per cent of businesses in India feel protectionism is increasing in their main market. “However, the impact of protectionism has been more positive than negative for business growth,”it said. The findings come at a time when India has decided to stay away from the RCEP trade deal and there continue to be tensions over protectionism by countries like China and US.

RajatVerma, Head of Commercial Banking, HSBC India, said, “India is at a crucial point with respect to trade policy. It is believed that the current factors which are threatening short-term growth will eventually stabilise and have a positive impact on mid- to long-term growth.” The report is based on a survey of business leaders from over 9,100 companies across 35 markets globally and gauges business sentiment and growth prospects. Of this over 3,200 businesses are from 12 Asian markets. 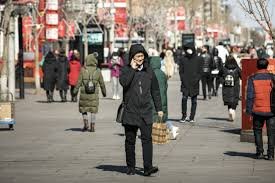