MUMBAI, Sept 11 (Reuters) – Indian textile companies are expanding their manufacturing facilities to industrial fabrics to tap new customers in the construction, automobiles and healthcare sectors, who are currently importing these products.

Alok Industries (ALOK.BO), S Kumars Nationwide (SKMK.BO) and SRF (SRFL.BO) are keen to expand their footprint in this emerging field, while Jindal Cotex, which is selling shares for the first time, plans to use bulk of the proceeds on a similar facility.

“We are gradually replacing European manufacturers in high end products. With India becoming a manufacturing hub for many global players, they would also bring in global practices regarding health and safety in India,” spurring demand for such products, he said.

Companies buying technical textiles will save on a hefty import duty of about 23 percent, while manufacturers will boost their earnings by tapping a new revenue base.

“Our plants in Himachal Pradesh will have excise duty exemption of 100 percent. So our objective is to compete with international markets which are exporting to India,” he said.

While the current earnings from industrial textiles may not be significant, the potential is immense, industry watchers say.

“The segment is very important from the point of view of potential …we are in the preparation mode, it’s an emerging field,” said D.K. Nair, secretary general of the Confederation of Indian Textile Industries.

Companies outside the textile business are also in the fray.

“These are fabrics that have another laminate layer and then converted into hoardings or banners. It’s a new product for us. Laminated products are mostly imported from China, South Korea and Taiwan. The facility is expected to be operational by next March,” SRF’s Chief Financial Officer Rajendra Prasad said.

Consequently, revenues from technical textiles will increase to more than 50 percent of net sales, he said.

Another textile maker Lakshmi Cotsyn Ltd (SHLK.BO: Quote, Profile, Research), which makes a range of institutional fabrics from uniforms to ballistic wear to sleeping bags and tents in addition to traditional textiles, is looking to triple revenues from this segment by FY11 by expanding its product range.

“If we have the basic production facilities in place, then costs can be halved and net profit margins can be doubled, M.P. Agarwal, chairman and managing director said.

“But this would entail procuring raw materials such as carbon locally instead of importing and manufacturing our own technologies,” he said. 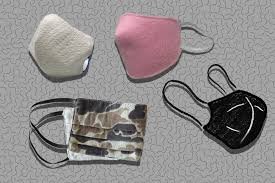 “Even closer to our customers”