India, US in Talks to Resolve Trade Issues: Piyush Goyal. 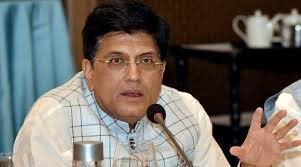 Deals likely to be announced when Modi meets Trump

India and the US are in talks to resolve certain issues but whether the two sides will announce any trade deal would be decided when Prime Minister NarendraModi meets President Donald Trump this week, commerce and industry minister Piyush Goyal said on Monday.

“We are in continuous dialogue with the US over the last several months on many issues. We have an open mind and are looking at several sectors,” he said at an event. “We are looking at an early resolution of many issues… Whether a deal will be announced or not that is up to the prime minister and the president to decide.”

Modi will visit the US from September 21-27, during which he would address the annual UN General Assembly session and have a series of bilateral and multilateral engagements in New York. Trump will attend Modi’s Houston rally for Indian Americans later this week. Banks to organise ‘loan melas’ in 400 districts within a month: Nirmala Sitharaman