The government will also continue to work to see to it that the duty structure is rationalised with finished products being taxed at higher rates and raw materials at lower.

India is planning to raise duties on a range of imports including electronics, vegetable oils, leather goods and textile products as well as tighten rules of origin to check re-routing of imports and to incentivise local production.

“We plan to notify some of the increases before budget, but most of the duty changes will come in with the budget,” said officials. The government will also continue to work to see to it that the duty structure is rationalised with finished products being taxed at higher rates and raw materials at lower. Officials pointed out that there has been a surge in imports of select products despite an overall de-growth in imports.

For instance, import of vegetable oils including soybean rose by 34 per cent just in November. To incentivise Indian farmers to plant more oilseeds, along with an oilseeds mission, the government intends to gradually hike duties on the more popular vegetable oils grown in the country. Officials added that the electronic good imports rose by 12.25 per cent in November, despite a rise in local production.

“We have found re-routing of products originating mostly from China through countries with which we have FTAs to take advantage of lower duties. These include electronics, leather products and textiles,” officials said. In September, the government had notified new customs rules which allow officials to demand proof of significant value addition for goods imported under preferential duty agreements.

“Despite complaints from importers of red tape, we still find a considerable re-routing as the spike in electronics imports shows,” said finance ministry officials. The government is considering bringing in self-certification under rules of origin to address genuine importer concerns, while enforcing random checks to see that rules are being adhered. 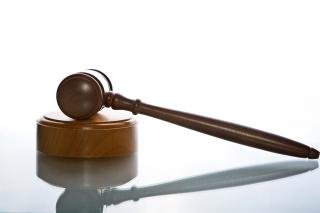 No compound or penal interest to be levied on borrowers during loan moratorium period: SC.