India to focus on 12 sunshine sectors to boost exports. 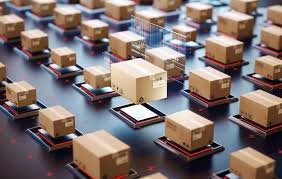 India is focusing on 12-13 sectors with a competitive edge to boost exports, according to commerce and industry minister Piyush Goyal, who said last week that exports grow when there is both comparative and competitive edge on different sectors. Man-made textiles is one such sector as India has always focused on cotton textiles, whereas the world has moved on to man-made ones.

The minister said he has told representatives from the textiles sector that the man-made textiles sector has the potential to increase exports to $100 billion in the next 10 years from the current level of about $37 billion, according to Indian media reports.

India’s exports dropped by 1.8 per cent to $27.36 billion in December 2019, the fifth straight month of contraction, on account of a significant fall in shipments of plastic, gems and jewellery, leather products and chemicals.

Inquired about India’s foray into the phase of protectionism, he said protection is necessary where the country has domestic capacity and there is an unfair competition or high domestic cost of production. India to position itself as global MMF, tech textiles hub.