India shrugs off US move to end preferential trade treatment. 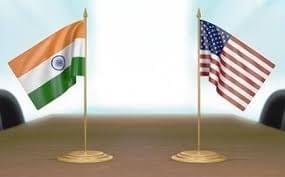 Impact limited to $190 m a year, says Commerce Secretary; will continue talks to iron out differences.

The duty-free status available to 3,500 Indian goods exported to the US market will end soon as the Trump administration has decided to withdraw the benefits extended to the country under the Generalised System of Preferences (GSP). The concession has been rolled back on the grounds that India is not providing equitable market access to American businesses. The US is also terminating Turkey’s designation as a beneficiary of the scheme. The withdrawal of the scheme will not have a significant impact on exports to America, as the benefits to exporters added up to just about $190 million annually, said Commerce Secretary AnupWadhawan. Of the about 3,500 products it covers, India made use of the concession for just 1,784. Delhi will, however, continue its talks with Washington to sort out mutual concerns, he added. Wadhawan said the US has decided to impose the duties despite the fact that India is working on an extensive and reasonable trade package. “At the direction of President Donald Trump, US Trade Representative (USTR) Robert Lighthizer announced today that the US intends to terminate India’s and Turkey’s designations as beneficiary developing countries because they no longer comply with the statutory eligibility criteria,” said an official USTR release. The GSP scheme, launched in 1974, aims to assist developing countries in increasing their exports. India has been the biggest beneficiary of the scheme, with exports worth $5.6 billion being covered annually. The withdrawal follows a review initiated last year by the USTR against India on the basis of complaints of market access problems from the US dairy and medical equipment industry. US trade officials said scrapping the concessions will take at least 60 days after notifications to the US Congress and the Indian government. Wadhawan said the Commerce Ministry worked with several departments to try to sort out the problem, but it did not work. “We were successful in formulating a reasonable package which addressed most concerns of the US. However, there were additional requests which could not be accommodated,” he said.

India’s recent spate of trouble started soon after Trump came to power. The Trump administration listed India among the countries with which the US runs a trade deficit, and asked the US Commerce Department to “identify every form of trade abuse and every non-reciprocal practice that contributes to the US trade deficit.” Washington has not recognised New Delhi’s efforts to trim the trade deficit. The trade deficit narrowed by almost 6 per cent in 2017 to $22.9 billion, according to the USTR. With India buying oil and gas from the US for the first time in 2018 for an estimated $3 billion, the gap is expected to shrink by about $4 billion. Last year, India was one of the countries on which the US imposed penal import duties on aluminium and steel, citing security threats. New Delhi announced its decision to impose retaliatory duties on 29 American products but has been postponing the intended implementation date. The new date is April 1, 2019, but the government has not decided yet on what it plans to do. The US was India’s top export destination in 2017-18 with shipments worth $47.88 billion. India’s imports from the country were worth $26.61 billion.

The Generalised System of Preferences, or GSP, is a tariff scheme that facilitates duty-free entry for thousands of products from designated beneficiary countries.