India can only perform reforms wen under pressure and now the moment is for big changes. Due to the economy down fall and various factors such as tens of millions losing their jobs in formal and informal sectors, daily recording of 95,000 covid-19 cases; these factors have made the economy contract of up to 24% in the 2nd quarter. The government has failed in fixing India’s special economic zones.

With Shenzhen being one of the mainland’s first SEZs grew from a population of 310,000 with a GDP of $160 million in 1981 to a population of 12.5 million with a GDP of $388 billion; it thereby proves that China has pioneered the idea of testing politically difficult economic and legal forms in a few such areas.

The model is even more appealing in a messy democracy such as India, where vested interests and a risk-averse bureaucracy have stymied previous attempts at radical economic reforms. Not surprisingly, the country is home to 238 such zones.

The government, which is reportedly mulling a $23 billion package of incentives to attract global manufacturers to India, wisely sees an opportunity. The pandemic has exposed the fragility of critical global supply chains. No country wants to concentrate risks in any one jurisdiction, especially given rising trade and geopolitical tensions between China and the West.

India has been trying to get manufacturers to come and invest, build their manufacturing units in India and for the same reason, India will be offering them the same service and flexibility that was provided to these companies in China.

Of course, success will create its own political headaches, as a few regions get richer than others. But compared to the alternative — a future in which India never embeds itself fully into global supply chains and can’t create the millions of salaried jobs its young and growing population demands — that’s a problem the government should welcome. 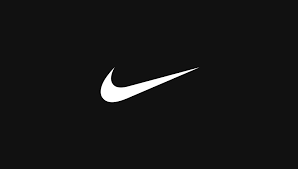