India races ahead of China in manufacturing activity in September As energy-intensive industry faced power shortage, factory activities slowed down in China in September 2021, while demand rebound with the easing of COVID-19 restrictions saw India’s manufacturing activities improve during the month.

For the month of September, the purchasing managers’ index (PMI) for China’s manufacturing sector stood at 49.6, compared to 50.1 in the previous month, according to data from the National Bureau of Statistics (NBS). In PMI, a reading above 50 denotes expansion while a score less than 50 means contraction.

For India, the seasonally adjusted IHS Markit PMI improved to 53.7 in September from 52.3 in August. This highlights a “stronger expansion in overall business conditions across the sector. For the second quarter of fiscal year 2021-22, the PMI averaged 53.8, a sizeable improvement from 51.5 in the opening quarter,” the IHS Markit report said.

Commenting on the latest survey results, Pollyanna De Lima, Economics Associate Director at IHS Markit, said: “Indian manufacturers lifted production to a greater extent in September as they geared up for improvements in demand and the replenishment of stocks. There was a substantial pick-up in intakes of new work, with some contribution from international markets.

“Companies continued to purchase extra inputs in September, but jobs were little changed over the month. In some instances, survey participants indicated that government guidelines surrounding shift work prevented hiring.

“After subsiding in each of the previous two months, cost inflationary pressures intensified in September. Strong demand for scarce products contributed to the increase in input costs, as did rising fuel and transportation rates. Only a small proportion of this additional cost burden was passed on to clients, however, as seen by a slower and only modest increase in factory gate charges.”

In China, the production and new order sub-indexes both dropped to below 50, while the purchasing price index of major raw materials rose to 63.5 in September, indicating higher procurement costs for enterprises. However, the high-tech manufacturing sector, with its PMI rising to 54, maintained steady development in September, contributing to the growth in the manufacturing industry, according to the NBS.

China needs to well balance its economic development with reduction of energy consumption, to keep its economic growth in appropriate range during October-December quarter. Yarn and product exports boost record cotton usage in Vietnam, according to the USDA 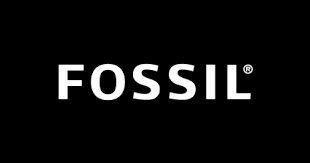