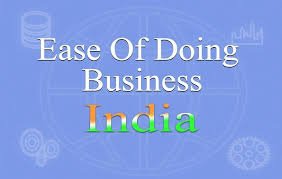 Prime Minister Narendra Modi recently brainstormed with key ministries a road map to get India to break into the top 50 countries in the World Bank’s (WB) Ease of Doing Business rankings. The government has already worked out a strategy to focus on Kolkata and Bangalore, the two new cities to be reviewed by the bank after it expanded its annual exercise’s scope.

Discussions have also taken place with top state government officials in West Bengal and Karnataka, who have assured full cooperation, according to Indian media reports.

India is currently ranked 63 and the government is putting special emphasis on areas like enforcement of contracts, registering property, starting a business and paying taxes, while maintaining its focus on improving on other aspects to move up the rankings.

The department for promotion of industry and internal trade reportedly made a detailed presentation on the areas that each department has to focus on this year.

In case of property registration, gains may not be immediately visible as the World Bank wants a near overhaul of the system with greater digitisation and availability of property records for several years.

On paying taxes, the government’s efforts to merge multiple levies through goods and services tax (GST) have had limited gains although the proposed steps on refunds may come to the government’s aid.

Similarly, the recent reduction in corporation tax may have some impact as the contribution of taxes as a proportion of profits is one of the measures that is used.

In case of starting a business, the government is reportedly dissatisfied with the repeated change of ‘goalposts’ by the World Bank and believes that several steps have already been initiated.