India mulls ways to back sectors hurt by US GSP withdrawal. The Indian commerce ministry is reportedly exploring means to support sectors hit most by the US decision to withdraw the generalised system of preferences (GSP) scheme that allowed duty-free exports of more than 3,000 items. In its official reaction, the ministry said it was ‘unfortunate’ that New Delhi’s resolution on the issue was not acceptable to Washington. “We have significant development imperatives and concerns and our people also aspire for better standards of living. This will remain the guiding factor in the government’s approach,” the ministry stated in a press release. An unnamed government official, however, told a top English-language business daily that the loss suffered by India due to the decision will not be huge, but specific sectors that will take a hit need some hand-holding. New commerce and industry Minister Piyush Goyal has been holding marathon meetings with officials on crucial issues over the weekend and is expected to discuss ways in which the export sector could be assisted following the US decision, the official said.  According to the Federation of Indian Export Organisations (FIEO), imitation jewellery, leather articles (other than footwear), pharmaceuticals and surgical instruments, chemical and plastics, and agriculture are among sectors that are likely to be worst affected by the withdrawal.

The sectors worst hit by the decision be extended benefits under the Rebate of State & Central Tax Levies Scheme (RoSCTL) to provide some compensation, FIEO has proposed. A May 31 proclamation by US President Donald Trump stated the GSP scheme will be withdrawn for India from June 5. The move is in retaliation to the US Government’s belief that India is not providing equitable market access to US products. While GSP withdrawal affects $6.35 billion worth of exports from India, exporters stand to lose net benefits worth $260 million annually. Congress spokesperson Randeep Singh Surjewala said the decision was notified to India on March 4, but the government did nothing to pre-empt it. The US Government had made a number of demands, including softening of price caps on medical equipment, removal of certain mandatory certifications for dairy product exports, removal of import duties on cellular phones and roll-back of certain changes made in the e-commerce policy that imposed several restrictions on foreign players sourcing goods from vendors. 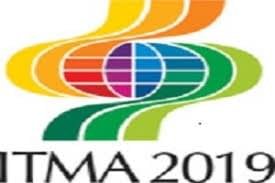