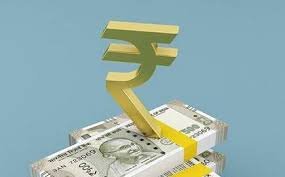 A sharp fall in bank credit flow to the commercial sector, and the consequent increase in interest rates, are driving India Inc overseas in a big way. External Commercial Borrowings (ECBs) by Indian companies to meet their working capital needs saw a 10-fold jump in the first five months of the current fiscal (2019-20).

According to Reserve Bank of India (RBI) data, they raised $1.14 billion in April-August this year, against just $0.13 billion in the same period last year.

The central bank, in its latest Monetary Policy report, had said credit growth has slowed down and overall fund flows to the commercial sector have declined, partly due to risk aversion and partly due to a slowdown in demand.

“The RBI has set a cap on the ECB rate, which is LIBOR plus 450 basis points. So, if LIBOR is 2 per cent, I can borrow at anywhere between 2 to 6.5 per cent, which is much lower than the domestic lending rates,” said Madan Sabnavis, Chief Economist, CARE Ratings.

Sabnavis added that while the RBI is insisting that the borrower take a forward cover, which may increase the borrowing cost by another 4-4.5 per cent, many companies borrow without any cover, betting on a stable exchange rate.

The sudden spike was on account of large-scale borrowing by oil majors Indian Oil Corporation, Bharat Petroleum and Hindustan Petroleum. Experts say these were one-off events.

More in the fray

But, this fiscal, other Indian companies too joined the party. They raised $908 million in the first quarter and around $235 million in the July-August period.

“Earlier, the rate arbitrage of ECBs vis-à-vis domestic loans was not too high. Since the domestic rates have gone up now, rate arbitrage is definitely available to many corporates,” he added.

ECB for refinancing rupee loans also saw a steep increase in the first half of the current fiscal.

Indian companies raised around $1,015 million for repaying rupee loans between April and August FY20, against $790 million in the first half of FY19.

“If I have borrowed at 12-13 per cent from an Indian bank and now I am able to borrow at 6.5 per cent, even with some forward cover, I will still be better off borrowing from the international market and repaying the rupee loan,” CARE Ratings’ Sabnavis said.

Borrowings for rupee expenditure for letters of credit (LoCs) and guarantees, which are for medium- to long-term, also saw a steep increase, from $1.8 billion in H1 FY19 to $3.5 billion until August this fiscal.

That apart, risk aversion to long-term lending in India is making ECBs attractive.

“Currently, in the domestic market, getting even a five-year loan is very difficult as most lenders are willing to lend only for a maximum of two years. Hence, the ability to get long-term money is only via ECBs.” said Brickwork’s Bahl.