According to data released on Tuesday by the Export Promotion Bureau (EPB), single-month earnings in March fell short of the mark by 10.79 percent.

Meanwhile, exporters, especially those of ready-made garment (RMG) sector, opined that the comparison of export growth for the month of March with that of the matching month of 2020 is ‘misleading’.

Exports started getting affected when the first wave of Covid-19 pandemic had hit the country in March last year. The export growths for the months of 2021 should be calculated with the corresponding months of 2019, not 2020, they suggested.

The overall export earnings during the first nine months of the current fiscal year (FY), 2020-21, stood at $28.93 billion, marking a meagre negative growth of 0.12 per cent compared to that of the corresponding period of last fiscal, the EPB data showed.

The July-March export earnings of FY 21, however, fell short of the target set for the period by 4.43 per cent.

After a continuous fall in export since the beginning of 2020, mainly due to the Covid-19 pandemic, the earnings started recovering from June, and entered into positive territory from July, according to the EPB data.

Export earnings, however, witnessed a negative growth during the first half (July-December) of the current FY, and continued throughout its first nine months.

RMG sector fetched $23.48 billion in proceeds during the first nine months of FY 21, marking a 2.55 per cent negative growth. It also missed the target set for the period by 5.86 per cent.

The country earned $12.65 billion from knitwear exports in July-March of FY 21, registering a 5.85 per cent growth, which was $11.95 billion in the corresponding period of last fiscal.

Earnings from home textile exports grew by 41.5 per cent to $846.45 million. The achievement exceeded the target by 19.39 per cent.

“The first wave of Covid-19 pandemic hit our country last year, and the exports started getting affected since March 2020. So, a year-over-year comparison of monthly exports between 2020 and 2021 is misleading.”

She suggested calculating growth of 2021 exports with the corresponding months of 2019.

Woven garments was facing the toughest time ever, while export suffered a double-digit decline since August 2020. Woven exports fell by 27.70 per cent in March 21 compared to March 19, she added.

Price trend continued to worsen, as March 2021 posted a 5.11 per cent decline in unit price compared to March 2019.

“Such consecutive declines in unit price do not require further analysis to understand the magnitude of vulnerability the industry is dwelling with.”

The export markets were still struggling to contain the pandemic spread, and the third wave only added to the woes.

“Until recently, Bangladesh has been faring well in containing the virus infection. However, the present lockdown, which is a timely move by the government, will further affect the already depressing performance of the industry,” she added.

Talking to the FE, Faruque Hassan, the BGMEA president-elect and managing director of Giant Group, also echoed Ms Huq, and added that many factories remained closed after the government announced lockdown in March 20.

Regarding prices, he said although apparel prices slightly increased recently, followed by cotton and yarn price hike, RMG unit price was still below the cost.

Meanwhile, earnings from exports of jute and jute goods increased by 22.94 per cent to $953.57 million during the July-March period of this fiscal, up from $775.63 million over the corresponding period of last fiscal.

Agricultural products’ export earnings grew by 3.43 per cent to $746.72 million during July-March of FY 21.

Leather and leather products, on the other hand, earned $684.84 million, a 0.53 percent decrease.

According to EPB results, during the July-March duration of FY 21, plastic products increased by 1.86 percent to $84.66 million. 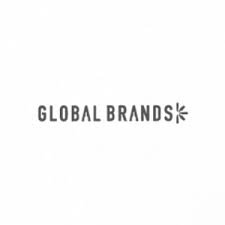 MORAL EXCHANGING PRACTICES OUGHT TO BE RECEIVED BY GLOBAL BRANDS How 3D will shape the future of fashion: Webinar Recap