In January-May, apparel exports to the United States increased by 15.38 percent According to statistics provided on Friday by the US Department of Commerce’s Office of Textiles and Clothing, Bangladesh’s apparel export to the US increased by 15.38 percent from $2.24 billion in the same time in 2020 to $2.58 billion in 2021.
Following the Covid epidemic shocks, Bangladesh’s readymade garment exports to the United States began to recover. According to exporters, a major vaccine helped the United States manage the coronavirus pandemic, and the country’s economy was rebounding. The United States has reopened its doors, and consumer traffic in stores has begun to increase as the infection rate has decreased.
Bangladesh’s clothing exports to the US have begun to recover in the previous two months, as the US moved some orders from China while manufacturing in India was halted owing to a high rate of infection. According to the statistics, the total clothing imports by the United States from various nations grew by 22.19 percent to $29.22 billion in the first five months of 2021. 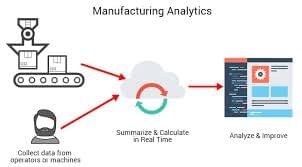