In January-March, Apparel Exports To The United States Fell By 8.55 percent Bangladesh’s apparel exports to the United States decreased by 8.55 percent in January-March 2021 compared to the same timeframe the previous year, as consumer demand for woven garments dropped due to the Covid-19 pandemic.

According to data released on Tuesday by the US Department of Commerce’s Office of Textiles and Apparel, readymade garment exports to the US, Bangladesh’s largest export destination, dropped by $143 million in the first quarter of 2021 to $1.53 billion, down from $1.67 billion in the same period of 2020.

Although the earnings from exporting RMG products to the US in the first three months of 2021 dropped, the export earnings in March, however, increased by 1.48 percent year-on-year, the data showed.

Exporters said that the country’s export to the US would take time to rebound as Bangladesh mainly exports woven garments to the market and the demand for the items fell on the market due to the pandemic.

They said that export earnings from the US would back on track by September or October as the sales on the market started rebounding.

‘Our export to the US market has started increasing in volume but the prices of products are on the decline due to the pandemic,’ Faruque Hassan, president of the Bangladesh Garment Manufacturers and Exporters Association, told New Age on Thursday.

He said that the US market was recovering from the shock of Covid-19 and hopefully Bangladesh’s earnings by exporting apparel to the market would increase in September-October.

According to the OTEXA data, the total apparel import by the US from different countries in the first quarter of 2021 dropped by 2.46 per cent to $17.41 billion from $17.84 billion in the same period of the previous year.

Faruque said that the exports of China and Vietnam to the US increased as the countries produce various types of RMG products and they have also controlled the Covid outbreak efficiently.

RMG import by the US from Cambodia in the first quarter of 2021 increased by 0.94 per cent to $775 million from $768 million in the same period of the previous year, the data showed.

The country’s RMG export to the US increased in volume but decreased in value, according to Md Shahidullah Azim, managing director of Classic Fashion Concept Ltd.

‘We export woven garments to the US and those are used as outwears. Due to the pandemic, the demand for outwears decreased on the market and it will take time to rebound the demand,’ he said.

According to Shahidullah, who is also the vice-president of the BGMEA, orders from the United States have begun to increase, which will be reflected in the July-August export data. Bacterial Cellulose Synthesis and its Applications in Medical Textile 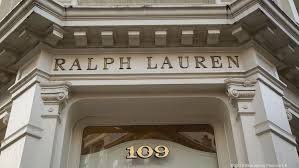