Iconix Brand Group, a US-based premier brand management company, reported 31 per cent revenue decline to $24.5 million in its third quarter (Q3) fiscal 2020 ended on September 30, compared to revenue of $35.5 million in same period last year. However, company’s net income rose to $46.7 million compared to net loss of $34.2 million in Q3 FY19.
“As we continue to navigate through the pandemic and the resulting economic conditions, the well-being of our employees, licensees and communities remains at the forefront. Despite Covid-19, we continued to expand our business, including a successful launch of Umbro products in Walmart,” Bob Galvin, CEO at Iconix Brand, said in a press release.
Selling, general and administrative expenses during Q3 FY20 were down to $9.9 million (Q3 FY19: $26.3 million). Operating income increased to $66.3 million (operating loss: $8.1 million).
During the quarter, revenues of women’s segment slipped 43 per cent to $5.9 million ($10.3 million) due to decrease in licensing revenue from Mudd and Joe Boxer brands. Men’s segment revenue fell 28 per cent to $5.7 million ($7.9 million) due to a decrease in licensing revenue from company’s Buffalo and Umbro brands. Home segment sales grew 2 per cent to $3.4 million due to an increase in licensing revenue from Charisma brand. Whereas, International segment revenue slipped 32 per cent to $9.3 million ($13.7 million) due to decreases in Latin America and Europe.
“We have remained focused on building our pipeline of future business, as a result, we have signed 148 deals during 2020 for aggregate guaranteed minimum royalties of approximately $90 million. Moving forward, we will remain flexible to respond to changes in the economic and retail environments,” Galvin said. 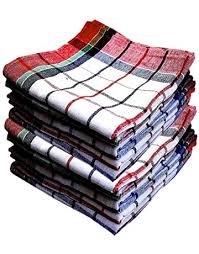