HR dimension to the Textile Industry (By Shri. V.Y.Tamhane) When the scenario of job market is bleak, it is difficult to understand why the textile industry has been facing paucity of workers. But the fact remains that unavailability of staff is hampering production at many centers.

Many people are of the view that because of the introduction MNREGA, which assures jobs for a certain minimum days in a year at pre-determined rates to at least one member of a family, migration of the  workers is reduced. When jobs are available at the doorstep, why should anyone look for pastures elsewhere, at a distant place?

Another popular argument which makes rounds particularly in the corridors of power is that the least developed or developing states in the Indian Union have undertaken large programmes of industrialization. Hence opportunities are opening in the home state only.

There is onereasoning which is seldom considered. With the right to education, there is a considerable spread of education even in rural and far- off areas. Hence in the ranks of the unemployed, the numbers of those who are unskilled or semi- skilled may be going down, while numbers of unemployed educated persons may be increasing.

Whatever the reason, a solution has to be found out.

Solution to the Problem

One solution is to start in rural areas. If Mohammed cannot go to the mountain, the mountain must go to Mohammed. Cotton textile mills should preferably be located in the midst of a cotton belt. However at such places, the young recruits are bound to be raw hands. Hence, the problem of training will arise.

If there is a cluster of a few mills in a cotton belt, it is possible to take a centralized training facility. More often than not, this is not likely to happen. In such cases, individual units will have to adopt TWI (Training within the Industry) method. Under Central Skill Development programme, It is necessary to give suitable grants in both the cases.

The units working on man- made fibres could be located at semi- urban areas and here also the Government grant is necessary for training purposes.

Another solution may be to change the staffing pattern. Instead of selecting persons with a minimum level of education, mills/factories may employ educated persons at a slightly higher level. Such persons may require less guidance of supervisory staff, and to that extent it may be possible to reduce the strength of supervisory cadre. Some factories may like to consider this suggestion.

Women workers are not allowed to work from 10 Pm to 5 am (Next day) as Per proviso to section 66(b) of the Factories Act.

There is no point in continuing with this discriminatory provision, as male workers   have no restriction. The relaxation can be given, subject to Mills/ factories adhering to conditions to ensure safety and protection and no harassment of any nature to women.

ILO allows 50 hours overtime per month while Indian law allows 50 hours overtime per quarter. This anomaly needs to be corrected. Mexico works on a 10 hour basis and the workers enjoy a 5 day week. Even when workers operate on overtime, they still have a day off. Further, the trade unions endorse overtime for the workers. The Ministry for Textiles needs to work with the Labour ministry to resolve this issue. The issue of time flexibility also needs to be addressed.

In some of the SEZs like Gujarat, fixed term employment is notified. This is a good model that can be replicated in other states. 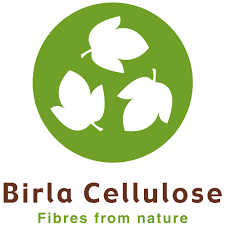