The Holy See , also called the See of Rome, is the jurisdiction of the Bishop of Rome, known as the pope, which includes the apostolic episcopal see of the Diocese of Rome with universal ecclesiastical jurisdiction of the worldwide Catholic Church, as well as a sovereign entity of international law, governing the Vatican City.

According to Catholic tradition it was founded in the first century by Saints Peter and Paul, by virtue of Petrine and papal primacy, and it is the focal point of full communion for Catholic Christians around the world. As a sovereign entity, the Holy See is headquartered in, operates from, and exercises “exclusive dominion” over the independent Vatican City State enclave in Rome, of which the pope is sovereign. It is organized into polities of the Latin Church and the 23 Eastern Catholic Churches, and their dioceses and religious institutes.

The Holy See is administered by the Roman Curia, which is the central government of the Catholic Church. The Roman Curia includes various dicasteries, comparable to ministries and executive departments, with the Cardinal Secretary of State as its chief administrator. Papal elections are carried out by the College of Cardinals.

Although the Holy See is sometimes metonymically referred to as the “Vatican”, the Vatican City State was distinctively established with the Lateran Treaty of 1929, between the Holy See and Italy, to ensure the temporal, diplomatic, and spiritual independence of the papacy. As such, papal nuncios, who are papal diplomats to states and international organizations, are recognized as representing the Holy See, not the Vatican City State, as prescribed in the Canon law of the Catholic Church. The Holy See is thus viewed as the central government of the Catholic Church. The Catholic Church, in turn, is the largest non-government provider of education and health care in the world. The diplomatic status of the Holy See facilitates the access of its vast international network of charities.

The Holy See maintains bilateral diplomatic relations with 183 sovereign states, signs concordats and treaties, and performs multilateral diplomacy with multiple intergovernmental organizations, including the United Nations and its agencies, the Council of Europe, the European Communities, the Organization for Security and Co-operation in Europe, and the Organization of American States.

The apostolic see of Diocese of Rome was established in the 1st century by Saint Peter and Saint Paul, then the capital of the Roman Empire, according to Catholic tradition. The legal status of the Catholic Church and its property was recognized by the Edict of Milan in 313 by Roman Emperor Constantine the Great, and it became the state church of the Roman Empire by the Edict of Thessalonica in 380 by Emperor Theodosius I.

After the fall of the Western Roman Empire in 476, the temporal legal jurisdiction of the papal primacy was further recognized as promulgated in Canon law. The Holy See was granted territory in Duchy of Rome by the Donation of Sutri in 728 of King Liutprand of the Lombards, and sovereignty by the Donation of Pepin in 756 by King Pepin of the Franks.

The Papal States thus held extensive territory and armed forces in 756–1870. Pope Leo III crowned Charlemagne as Roman Emperor by translation imperii in 800. The pope’s temporal power peaked around the time of the papal coronations of the emperors of the Holy Roman Empire from 858, and the Dictatus papae in 1075, which conversely also described Papal deposing power. Several modern states still trace their own sovereignty to recognition in medieval papal bulls.

The sovereignty of the Holy See was retained despite multiple sacks of Rome during the Early Middle Ages. Yet, relations with the Kingdom of Italy and the Holy Roman Empire were at times strained, reaching from the Diploma Ottonianum and Libellus de imperatorial potestate in urbe Roma regarding the “Patrimony of Saint Peter” in the 10th century, to the Investiture Controversy in 1076–1122, and settled again by the Concordat of Worms in 1122. The exiled Avignon Papacy during 1309–1376 also put a strain on the Papacy, which however finally returned to Rome. Pope Innocent X was critical of the Peace of Westphalia in 1648 as it weakened the authority of the Holy See throughout much of Europe. Following the French Revolution, the Papal States were briefly occupied as the “Roman Republic” from 1798 to 1799 as a sister republic of the First French Empire under Napoleon, before their territory was reestablished.

Notwithstanding, the Holy See was represented in and identified as a “permanent subject of general customary international law vis-à-vis all states” in the Congress of Vienna (1814–1815). The Papal States were recognized under the rule of the Papacy and largely restored to their former extent. Despite the Capture of Rome in 1870 by the Kingdom of Italy and the Roman Question during the Savoyard era (which made the pope a “prisoner in the Vatican” from 1870 to 1929), its international legal subject was “constituted by the ongoing reciprocity of diplomatic relationships” that not only were maintained but multiplied.

The Lateran Treaty on 11 February 1929 between the Holy See and Italy recognized Vatican City as an independent city-state, along with extraterritorial properties around the region. Since then, Vatican City is distinct from yet under “full ownership, exclusive dominion, and sovereign authority and jurisdiction” of the Holy See.

The Holy See is one of the last remaining seven absolute monarchies in the world, along with Saudi Arabia, Eswatini (Swaziland), United Arab Emirates, Qatar, Brunei and Oman. The pope governs the Catholic Church through the Roman Curia. The Curia consists of a complex of offices that administer church affairs at the highest level, including the Secretariat of State, nine Congregations, three Tribunals, eleven Pontifical Councils, and seven Pontifical Commissions. The Secretariat of State, under the Cardinal Secretary of State, directs and coordinates the Curia. The incumbent, Cardinal Pietro Parolin is the See’s equivalent of a prime minister. Archbishop Paul Gallagher, Secretary of the Section for Relations with States of the Secretariat of State, acts as the Holy See’s minister of foreign affairs. Parolin was named in his role by Pope Francis on 31 August 2013.

The Secretariat of State is the only body of the Curia that is situated within Vatican City. The others are in buildings in different parts of Rome that have extraterritorial rights similar to those of embassies.

Three tribunals exercise judicial power. The Roman Rota handles normal judicial appeals, the most numerous being those that concern alleged nullity of marriage. The Apostolic Signatura is the supreme appellate and administrative court concerning decisions even of the Roman Rota and administrative decisions of ecclesiastical superiors (bishops and superiors of religious institutes), such as closing a parish or removing someone from office. It also oversees the work of other ecclesiastical tribunals at all levels. The Apostolic Penitentiary deals not with external judgments or decrees, but with matters of conscience, granting absolutions from censures, dispensations, commutations, validations, condonations, and other favors; it also grants indulgences.

The Prefecture of the Papal Household is responsible for the organization of the papal household, audiences, and ceremonies (apart from the strictly liturgical part).

The Holy See does not dissolve upon a pope’s death or resignation. It instead operates under a different set of laws sede vacante. During this interregnum, the heads of the dicasteries of the Curia (such as the prefects of congregations) cease immediately to hold office, the only exceptions being the Major Penitentiary, who continues his important role regarding absolutions and dispensations, and the Camerlengo of the Holy Roman Church, who administers the temporalities (i.e., properties and finances) of the See of St. Peter during this period. The government of the See, and therefore of the Catholic Church, then falls to the College of Cardinals. Canon law prohibits the College and the Camerlengo from introducing any innovations or novelties in the government of the Church during this period.

In 2001, the Holy See had a revenue of 422.098 billion Italian lire (about US$202 million at the time), and a net income of 17.720 billion Italian lire (about US$8 million). According to an article by David Leigh in the Guardian newspaper, a 2012 report from the Council of Europe identified the value of a section of the Vatican’s property assets as an amount in excess of €680m (£570m); as of January 2013, Paolo Mennini, a papal official in Rome, manages this portion of the Holy See’s assets—consisting of British investments, other European holdings and a currency trading arm. The Guardian newspaper described Mennini and his role in the following manner: “… Paolo Mennini, who is in effect the pope’s merchant banker. Mennini heads a special unit inside the Vatican called the extraordinary division of APSA – Amministrazione del Patrimonio della Sede Apostolica – which handles the “patrimony of the Holy See”.”

The Orders, decorations, and medals of the Holy See are conferred by the pope as temporal sovereign and fons honorum of the Holy See, similar to the orders awarded by other heads of state.

Vatican City is itself of great cultural significance. Buildings such as St. Peter’s Basilica and the Sistine Chapel are home to some of the most famous art in the world, which includes works by artists such as Botticelli, Bernini and Michelangelo. The Vatican Library and the collections of the Vatican Museums are of the highest historical, scientific and cultural importance. In 1984, the Vatican was added by UNESCO to the List of World Heritage Sites; it is the only one to consist of an entire country.

The Vatican can be said to be the de facto custodian of the Latin language through its Latinitas Foundation. An important product of this foundation is the Latin lexicon of recent neologisms, the Lexicon Recentis Latinitatis.

The permanent population of the Vatican City is predominantly male, although two communities of nuns live in the Vatican. A minority are senior Catholic clergy, some are members of institutes of consecrated life, and the Swiss Guards make up an important segment. Many workers in Vatican City and embassy personnel accredited to the Holy See live outside its walls.

Tourism and pilgrimages are an important factor in the daily life in the Vatican. The Pope has weekly public audiences and celebrates public Mass and other services, and imparts his Urbi et Orbi blessing every Easter and Christmas, and immediately following his election as Pope. For significant events with large numbers of attendees, he concelebrates open-air Mass in Saint Peter’s Square. 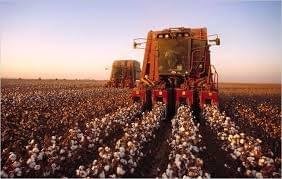