H&M’s just eager to get on with business. 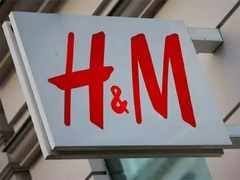 Janne Einola, country manager at H&M India, said retailers require on an average 17 licences — and that could go up in many states — to open a store.

Swedish fashion retailer Hennes & Mauritz has not faced any slowdown in India and has performed well over the quarters, H&M managing director Fredrik Olsson has said. He, however, said ease of doing business in the country could improve significantly if the authorities streamlined the dozens of licences required to open stores here. “We are very open to invest more in India. It is about how you build a stronger business,” Olsson told ET in an interview here on Monday. “If policies or setups could be a little bit easier, more of the investments could go directly into improvements for customers and that will grow the business faster.”

He is in the country to launch H&M products on top fashion portal Myntra.com on Tuesday. Janne Einola, country manager at H&M India, said retailers require on an average 17 licences — and that could go up in many states — to open a store. “It’s a very heavy admin work and very costly, and…these kinds of things also scare foreign investors. That’s why I believe that it’s good that the FDI rules are now discussed to ease them, but also the ease of doing business needs to be looked at,” he said.

H&M suggested that many of those licences could go online to make it easier for retailers. It should be a purely online process where the criteria for getting certain licences is clearly spelt out, Einola said. The world’s second largest fashion retailer entered India in 2015 and so far opened 42 stores in various cities. H&M India sales during the second quarter ended May jumped 39% on year to about Rs 380 crore, one of the strongest growth across its global markets that was helped by new store additions and increasing push for full priced merchandise.

Over the last four years, the Swedish retailer has clocked more than Rs 1,100 crore in annual sales, becoming the second largest lifestyle brand in the country after rival Zara. “Looking at India as a market, we believe there’s tremendous potential. It’s a large population. It’s a very fashion-oriented population,” Olsson said. “With a really good reception here, we feel that our business idea really works here. So we’re trying to grow, we’re fine as we grow and learn so that we deserve the next wave of growth.” H&M started selling online through hm.com in March last year and said India has so far outpaced its global online average of 15% of products sold online.