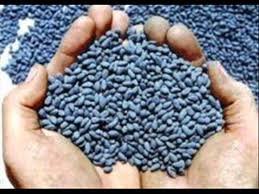 The Cotton Dominated Districts of Guntur, Prakasam, Kurnool and Krishna have been flooded with BT-3 (BG-3) Seed in the last Few Weeks

Notwithstanding the ban imposed by the state government, the sale of BG-3 cotton seed is rampant in the district as farmers have start early sowing operations.

Traders, particularly in Palnadu region, are selling BG-3 seeds at a premium. Sources said the traders are claiming that BG-3 seeds would give at least 20 quintals of cotton per acre while it would be around 12-15 quintals per acre for normal seed.

Sources said the traders are receiving Bhis G-3 seeds from Karnataka and Telangana as restrictions on parcel vans and cargo vehicles have been eased now. Some traders from Kurnool and Prakasam too are engaged in the sale of the banned seed to local merchants.

With top officials in the district administration are burdened with the Covid-19 crisis, the agriculture department has not set up any task force to crackdown on banned seeds sale.

Many farmers are rushing to buy the banned seed despite the state government making arrangement for sale of quality seeds through Rythy Bharosa Kendras (RBKs). “We will take action if any trader is involved in the sale of banned seeds,” said agriculture joint director Vijaya Bharati. Cotton prices fell as production was estimated to be 35.38 million bales higher