New Delhi: Gujarat, Meghalaya and Karnataka are in the best performer states list in developing startup ecosystem, reveals the third edition of the States Startup Ranking 2021 released by the department for promotion of industry and internal trade (DPIIT). Gujarat has now been, recognised as the best  former for the third consecitive year.

India has 70,809 startups of which 12,000-odd are registered on the Government Marketplace.

Twenty states and 7 Union territories (UTS) participated in the ranking exercise that showed significant improvement in the startup ecosystem in the country and a higher diffusion of startup culture to smaller states.

The rankings are based on the initiatives taken to develop the startup ecosystem for promoting budding entrepreneurs. 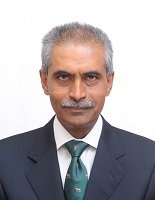