The government reduced anti-dumping duties on viscose staple fibre on Monday (VSF). Union Minister Smriti Irani stated that the decision was made following a comprehensive inquiry that began in February of this year. This ruling will give the MMF industry a boost.
Irani stated on Twitter, “The Government of India made a ground-breaking decision to eliminate anti-dumping duties on viscose staple fibre (VSF). The decision, reached following a comprehensive examination that began in February of this year, will provide a boost to the MMF sector. Best congratulations to the textile industry as a new chapter in India’s MMF growth storey begins.”
Viscose staple fibres (VSF) or fake cotton fibres are natural and biodegradable for the uninitiated. These fibres are made from wood pulp and cotton pulp, both of which have properties similar to cotton fibres. These fibres are flexible and readily bendable, with a wide range of applications in clothing, home textiles, home furnishings, dress materials, and woven & knits. 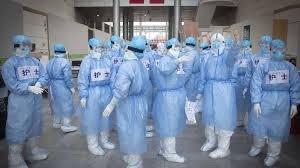