The special incentive package will be for human resource development in the sector, promotion of Indian brands overseas and others, says Council for Leather Exports.

Chennai: Commerce and Industry Minister Suresh Prabhu is expected to launch a ₹ 2,600 crore special package for the leather and footwear industry which is expected to generate around three lakh jobs, said the Council for Leather Exports official on Tuesday.

Amin was here to brief the media about the India International Leather Fair 2018 in which 475 companies from India and overseas are participating. The fair will be held at the Chennai Trade Centre here.

According to him, the Council for Leather Exports is working on various programmes to utilise the ₹ 2,600 crore grant given by the Central government within three years – the stipulated time.

He said the special incentive package will be for human resource development in the sector, setting up of mega leather, footwear and accessories clusters, integrated development of leather sector, leather technology, innovation and environment protection, promotion of Indian brands overseas and others.

Amin said the industry was now looking at diversifying its markets by focusing on the US and Russia – big markets for leather products.

He said the Council had engaged experienced consultants in the US to promote Indian leather products there and also arrange meetings with potential buyers.

He said the Bangladesh leather industry had become a major threat for Indian exporters owing to cash incentives given by the government and cheap labour there.

Further, leather goods from Bangladesh were not subject to duty by importing countries.

According to the Council for Leather Exports, the Indian leather industry was pegged at $17.66 billion and exports accounted for around $5.67 billion during 2016-17. Nokia shuts down the Sriperumbudur facility after testing positive for coronavirus 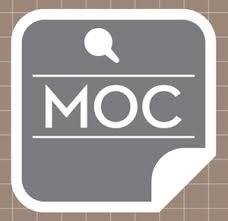