Gorakhpur (UP) attracting investors from other Indian states As Uttar Pradesh Government is focusing a lot on the promotion of Gorakhpur as a garment manufacturing hub, it has started attracting manufacturers from other states also.

Kolkata-based entrepreneur Ashok Prasad Khajni, having apparel manufacturing units in Kolkata as well as Odisha, is now setting up a shirt factory in Gorakhpur. The facility is expected to create jobs for 500 people.

Notably, the unit will cater to overseas buyers mainly.

As per media reports, the upcoming plant will be set in around 2 acres. Though initial plan was to set up the factory in 4 acres, but as land price got higher, the unit will now be set in 2 acres only.

Ashok believes that better connectivity of Gorakhpur with other Indian states is one of the biggest advantages of this region.

It is important to mention here that Gorakhpur Industrial Development Authority (GIDA) is developing 101 plots in Readymade Garment Park, with land being available from 500 square metres to 5,239 square metres. There will be flatted factories also for the MSMEs.

The Chief Minister of Uttar Pradesh Yogi Adityanath has said time and again that Gorakhpur will be developed as a garment manufacturing hub. 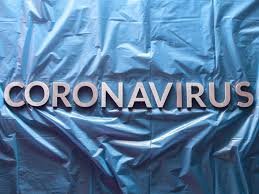