The panel of state finance ministers looking into GST rate rationalisation will meet on November 27 and finalise its report on rate changes to expand the tax base.
Sources said the Fitment committee, comprising tax officers from states and the centre, has made many “sweeping” recommendations regarding slab and rate changes and taking items out of the exemption list.
The recommendations will be discussed in the meeting, but all might not be accepted in toto.
This is the third meeting of the GoM, which was set up in September. It was tasked to submit a report within 2 months.
The Group of Ministers (GoM) on rate rationalisation, headed by Karnataka Chief Minister Basavaraj Bommai, also include West Bengal Finance Minister Amit Mitra, Kerala Finance Minister K N Balagopal, and Bihar Deputy Chief Minister Tarkishore Prasad.
The sources said the report of the ministerial panel is likely to be finalised in this meeting and would be presented before the GST Council when it meets next month.
The GoM in its meeting on November 27 would also review items under an inverted duty structure to help minimise refund payout and review the supply of goods and services exempt under Goods and Services Tax with an objective to expand the tax base and eliminate breaking of input tax credit (ITC) chain.
Currently, GST is a four-tier slab structure of 5, 12, 18 and 28 per cent. Essential items are either exempted or taxed at the lowest slab, while luxury and demerit items attract the highest slab. On the top of the highest slab, a cess is levied on luxury and demerit goods.
There have been demands for merging the 12 and 18 per cent slab as also taking out certain items from the exempt category to balance the impact of slab rationalisation on revenue.
With regard to inverted duty structure, the GST Council has already corrected the rate anomaly in the case of mobile handset, footwear and textiles.
The ministerial panel would also look at representations of inverted duty structure and recommend suitable rates to eliminate any such cases where final goods attract a lower GST than the tax levied on its inputs. 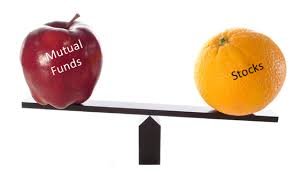