With global consumption projected to remain steady, the decrease in stocks comes despite an expected 1 per cent increase in global production. India’s crop is expected to jump 12 per cent to 6 million tonnes, with the USA – the world’s largest exporter – posting a 9 per cent gain to 4.4 million tonnes, the International Cotton Advisory Committee (ICAC) said in its latest estimate for cotton stocks in 2019-20 season.

“The market has already been facing significant uncertainty due to the ongoing trade tensions between the US and China, so the outbreak of COVID-19 only clouds the outlook further. Combined with the global economic slowdown, these developments have prompted the Secretariat to revise its current price projection to 79 cents per pound,” ICAC said in its Cotton This Month report. ‘India must build scale across sectors’. 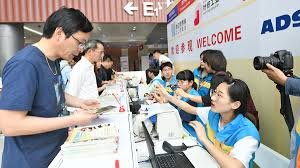