Geosynthetics & Their Usage in India

There are a number of different Geosynthetic materials currently being used in India.

Some of the Geosynthetic materials evaluated at BTRA Labs and used in various projects in India are given below:

These are permeable fabric like materials of controlled permeability. They are generally made of polypropylene or polyester fibres; and can classify based on the techniques of production: either woven or non-woven (and knitted for drainage applications).

Laning, Improvement and strengthening of various highways roads: in States like Maharashtra, Tamilnadu,   J&K, Gujrat, Jharkhand, and in Karnataka

For protection of geomembrane (cushioning) in Landfill: in State of Maharashtra, Gujrat,

Mining Evaporation Pond : for zinc mine in Madhyapradesh

Roads and strengthening of land for ware housing: in State of Maharashtra, Gujrat

Extension and strengthening of Airports runways/ Air Force Station : in Jaipur (Rajasthan) and in other States like Gujarat, Maharashtra, Vishakhapattanam and in Hindan, Ghaziabad ( Utter Pradesh ).

Geostraps are long belt made of polyester cords and coated with PP. Geostraps are used mainly for Retaining walls as an alternate of geogrids.

Geocells are cavity-like materials in a web have ‘depth’. They are meant to contain soil, gravel or other fill material within their maze of cells or pockets and may be porous to allow water movement. They are used on slopes with soft subgrades for stabilization and in erosion control in channels.

Geobags/Geotubes are sand/dredged material made of permeable geotextiles in Tubular or Bag form filled with soil. They are used mostly in flood control, erosion control, bank and costal protection works etc.

These are rope/cords made of Polypropylene or Polyester used mostly for Erosion protection and other Engineering applications with in particular structure.

Protection of B/Dyke from erosion: Brahmaputra River at Dhakuakhana, Assam.

Geocomposites are hybrid systems of any, or all, of the above geosynthetic types which can function as specifically designed for use in soil, rock, waste and liquid related problems.

Erosion / Flood control:  for bank protection and Protection of B/Dyke from the erosion of river in Majuli and at Bramhaputra River, Assam and Bihar.

They are band shaped (rectangular shaped) material consisting synthetic geotextile jacket surrounding inner plastic core. Jackets are of non woven polyester or polypropylene geotextile. This is widely used material for Ground Improvement Techniques. The technique is used to advance the consolidation of soft clays / silty clays / silts i.e. to advance the post construction settlements prior to commencement of the actual working loads

Geonets are polymer grids with integrally fused joints and net like structure, manufactured from HDPE/LDPE. These are generally used in drainage application with combination of geotextiles

These are the combination of woven and nonwoven geotextiles with Bentonite is sandwiched in between them. The bentonite swell during wet condition and this system is worked as a Clay liner. 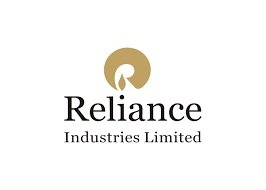