On April 21, we had projected GDP growth to be 10.2% for FY22 on the assumption that the lockdowns would be rolled back in June. This was premised on the daily infection caseload declining in the month of May. However, while there have been some swings in the last few days, the daily cases have not gone below the 350,000 mark. The 7- days moving average is still at around 390,000 as of May 10th. The concern now is that the infections are spreading to the interiors too in most states which also means that agriculture, which was isolated from the first wave, can be affected this time though there is not a perceptible impact presently. The spread of infection has also affected workers in various businesses in this round which is directly affecting companies. Supply chains are being affected this time due to workers getting infected unlike the first wave in 2020 when there were restrictions on the movement of goods. Therefore, there is a double whammy due to the second wave – of a lockdown as well as personal health of workers.

Under these conditions we do believe that there will be a push back to the unlock process which can be only moderate even in July and will pick up only in August assuming the worst is behind us in June. In fact, it is assumed that the loss in June and part of July will be comparable to the previous months due to the spread of the virus in the interiors. Also based on the progress of the vaccination programme, it does appear that there will be significant delays in meeting targets and the nation will still be in the first gear mode in June with movement to the second starting earliest in July. Hence Q1 of this year will be stressed out to a large extent with July showing mixed signs.

There are 3.7 mn active cases today which can be affecting broadly over 10 mn families. There have been cumulative discharges of around 19 mn people which will affect at least 60-70 mn families. This can potentially also affect the purchasing power of families and hence unlike last year when the pent-up demand theory worked to a certain extent,  this time it will be dormant. These people would have spent considerable amounts of money on medical treatment and unless in the top echelons of income would not be in a position to spend more this time after the infection incidence abates. The sheer numbers this time will delay the demand revival process this year.

Under these assumptions, GDP growth for FY22 will be 9.2% with a downward bias as against 10.2% projected in  April.

Movement in our forecasts for GDP growth (%)

This in turn will also have fiscal implications.

The Budget had targeted a nominal GDP of Rs 222.87 lkh crore. The fiscal deficit was estimated at Rs 15.07 lkh crore  accordingly. With real GDP growth falling by Rs 2.68 lkh crore, nominal GDP would now be reduced to Rs 218.98 lkh crore with a loss of nearly Rs 3.9 lkh crore of income.

Further, with GDP growth slowing down by 2% points, the overall tax revenue to the centre will come down from Rs  15.45 lkh crore to Rs 15.11 lkh cr, which is a shortfall of Rs 34,000 cr. Last month, the government has already announced an outlay of Rs 25,000 cr on account of the free food programme for 800 mn people (which would be at  Rs.5 kg/month). This additional cost combined with the potential decline in tax revenue will mean an increase in deficit by Rs 59,000 cr. The revised fiscal deficit under ceteris paribus conditions would be Rs 15.66 lkh crore or  7.15% of GDP. This is assuming that the government spends the additional Rs 25,000 cr outside the budget and does not channel the same from an existing allocation.

It should also be pointed out that any adverse effect on agriculture due to the spread of infection would also necessitate higher MNREGA spending and every additional Rs 10,000 cr spent on this programme can push the GDP  up by 0.04%. 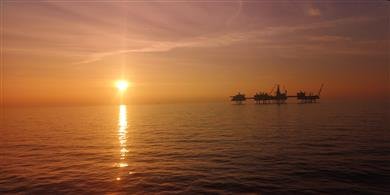 LOOKING FORWARD TO 2021 WITH KEY TRENDS