The project will see an investment of Rs. 900 crore and is expected to generate over 1 lakh jobs at various levels.

Furthermore, an integrated textile park in Agra is also under discussion which will add more jobs.

According to Sidharth Nath Singh, UP Textile Minister, the expressions of interest had been invited for setting up integrated textile parks and the department has received proposals from 6 developers for projects in Meerut, Agra, Gautam Budh Nagar, Jhansi, Chandauli, Gorakhpur and Kanpur.

Singh further stated, “The officials have been instructed to prepare the request for proposal in order to receive detailed project reports from companies.

The interested companies can download the RFP document from the E-tender portal and submit to the department which is taking care of this entire project.

It’s worth mentioning here that the stakeholders of apparel manufacturing business and trade associations recently met Chaudhary Udaybhan Singh, Minster of State, in Agra to inform that around 300 industrialists were interested in setting up a garment manufacturing unit, asking land for the same.

“I have further asked the authorities to see land in Agra for an integrated textile park,” added Singh. 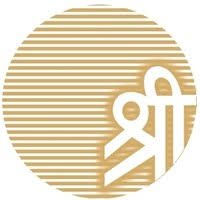 Intertextile exhibitors find opportunities in a time of crisis