Petrol prices in  have inched closer to their all-time high following an increase of 26 paise announced on Wednesday, after almost a month long gap, taking cues from the jump in crude oil price.

Petrol price in Delhi now stands at ₹83.97, marginally below the all-time-high of ₹84 it touched in October 2018. The price of diesel increased by 25 paise to ₹74.12 in the national capital.

Indians are unlikely to get respite any time soon from the high fuel prices after Saudi Arabia’s decision to unilaterally cut production signalled that oil producers are ready to take steps to support crude oil prices as global demand continues to be under pressure due to the Covid-19 pandemic.

“It looks like the crude market is tightening and prices are moving towards $60 a barrel. But given the fiscal pressure on the government, it is unlikely that they will reduce the taxes immediately,” said K Ravichandran, executive vice president at ICRA rating agency. “If the price touches $60, they may consider taking some steps. If the crude price continues to rise and taxes remain unchanged, there may be some pressure on the oil marketing companies’ margin in the interim period.”

Excise duty and value added tax on fuel accounts for over 60% of the price currently and is a major source of revenue for the government.

On Tuesday, crude oil prices hit a 10-month high, breaching the $50 per barrel levels, after Saudi Arabia surprised the market with its voluntary decision to cut output by one million barrels a day starting February. For India, this means a higher oil import bill as the country imports almost 82% of its requirement. For Indians, it means shelling out more for petrol and diesel. 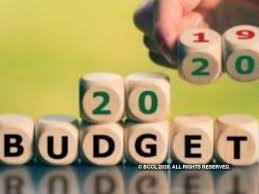