FRIENDS AND THEIR FASHION

Friends is that one series which is loved by people of every age. Even the Gen Z people cannot disagree to the fact that it was one of the funniest shows in the history of series. Not only funny but it was that iconic show that did a major contribution in the 90s style.

Since the release of Friends Reunion episode, we realized that friends played such a big role in the world of fashion. And today after 27 years, people are stilling following those trends along with celebrities like Emily Ratajkowski, Bella and Gigi Hadid, Kaia Gerber. We all knew know how friends influenced fashion but many few know the person behind it.

Costume designer Debra McGuire worked as the designer for all the 6 main leads throughout its 10-year run. McGuire’s primary focus was that how the characters interreacted with each other on screen and also wanted to present something that was not done before. When she was told that the characters from the show are New Yorkers and are hanging out together all the time, the producers expected that they would be in jeans, but Debra had other plans. She wanted to create something aspiring and fresh yet subtle that reflects the era and New York city.

Designer Debra added a number of textures and colours that represented New York colour
palette. She decided different colour palette for different characters as per their roles. She chose colours like black, grey, white with hints of colour.

Rachel’s colour board brought all the blues and greens on the show. Her style of clothing
changed according to her occupation. When she was working at the coffee house her
wardrobe included a memorable series of miniskirts and printed aprons, and when the story line changed where Rachel starts earning good, she changes her dressing too to
match her wardrobe with the reality. Her style evolves when she starts working with Ralph
Lauren where she showcased an amazing range of sophisticated formal wear which we
adore till date.

The viewers really adopted the idea of crop tops and plaided skirts from her looks.
McGuire said in an interview that as a designer she had to be very conscious about what Rachel is wearing because people were following her and as a mother of a girl, she doesn’t want her to wear something that would not look appropriate. So, her dressing style was very subtle yet classy and not much flashy.

Monica too went through a few career changes but her style didn’t change much. Her
colour palette was usually black, white, grey and burgundy that suited her career as a chef
very well. Courtney Cox was the sleekest of all the actors. The co-creator Marta Kauffman
encouraged McGuire to keep Monica’s look most of jeans and casual but McGuire refused
to make her look overly casual. Debra thought that if they are living in Manhattan, they’ll hardly wear jeans as they belong to the elite group of the New York. So, her wardrobe did
include jeans and casuals but also included a lot of shirts and dresses. And at the same time kept her wardrobe minimal.

Phoebe’s character was very artistic so her wardrobe was very dynamic and colourful
compared to Monica’s. Her palette had florals, sheer and flowy fabrics with a lot of hair
accessories and jewelleries. Her style was very feminine and had the element of flow in them. Phoebe had a lot of bohemian looks in the entire series that looked very contemporary. McGuire once shared in an interview the behind the scene of how Phoebe’s style got a boost after Ross’s wedding in London. The designer bought a lot of amazing things and then customized them and made them unique just her the character of Phoebe.

Chandler’s style was very vintage including vintage style clothes, colours, tweeds and vintage ties. He wore a lot of shirts with racing stripes on the sides which the designer recalls as her dad used to wear them back in the 40s. Those vintage looks suited Chandler so much that we couldn’t take our eyes off him! McGuire shared that due to the no. of changes required for one episode and their busy schedule, it became difficult for her to create new vintage looks every week. But later when his looks were a hit, brands started creating retro looks themselves which was interesting to see.

As the character Joey was of an unemployed actor, his style was different than Chandler’s corporate job and professorial Ross. In the pilot episode, Debra wanted to use an old
leather jacket for Joey but bought an Armani leather blazer instead. She admits it was kind of risky and was hoping no one could recognize it. Apart from his disguised designer
outwear, Joey’s iconic style included textures. He donned an enough chenille sweaters and flannel shirts which were kept very subtle and soft palette with textures.

Ross was a professor so his dresses included a lot of jackets and shirts. His style was elbow patches,tweedy and very corduroy. Ross’s leather paints washis iconic outfit which made a
comeback in 2016. McGuire said that co-creator Marta Kauffman was very much involved in the wardrobe department with the designer. They had made a wardrobe joke in almost every script so they needed the clothes in massive amounts. They had to sort of hyper-focus on what the wardrobe joke would be made for the week. Ross’s leather pants was a huge thing in the script joke and had to rehearse a lot with the getting then on and off act.

When we talk about friends style icon, Rachel is the first name that comes in our mind but
honestly, I feel all the 6 characters deserves the same amount of attention and appreciation for carrying each outfit so perfectly that they are remembered and cherished till today. And
costume designer Debra McGuire did a commendable job creating all those iconic looks. 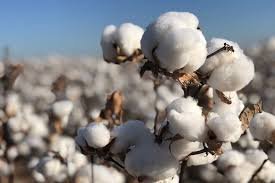